The Kremlin blamed three Eastern European countries, Bulgaria, Macedonia and Montenegro for the cancellation and called their action hostile, adding that they haven't received any explanation for their action. 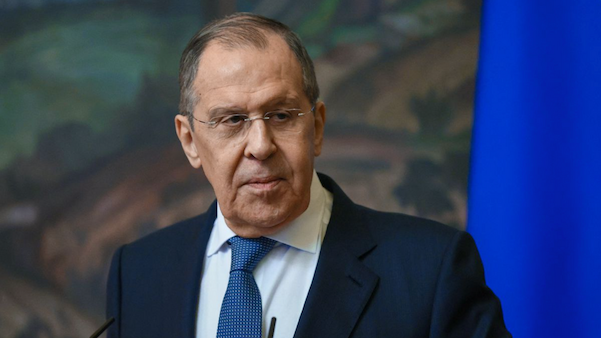 Moscow: Russian Foreign Minister Sergey Lavrov was forced to cancel a visit to Serbia on Monday after several of Russia’s neighbouring countries closed their air spaces to him, Al Jazeera reported.

Lavrov was due to hold talks with top officials in Belgrade, one of Moscow’s few remaining allies in Europe since the launch of its military offensive in Ukraine earlier this year.

“The countries around Serbia have closed the channel of communication by refusing to authorise the overflight of the plane of Sergey Lavrov who was headed to Serbia, leading to the cancellation of the meeting,” Russian officials said.

The Kremlin blamed three Eastern European countries, Bulgaria, Macedonia and Montenegro for the cancellation and called their action hostile, adding that they haven’t received any explanation for their action.

Kremlin warned that such actions could cause problems with the timing of high-level diplomatic meetings. But they would not prevent Moscow from maintaining contacts with friendly countries, he said.

He said that he would instead invite his Serbian counterpart to visit him in Moscow, adding: “The main thing is no one will be able to destroy our relations with Serbia.”

Lavrov has been sanctioned by the West over Russia’s war in Ukraine.

The European Union has also closed its airspace to Russian aircraft due to the invasion.