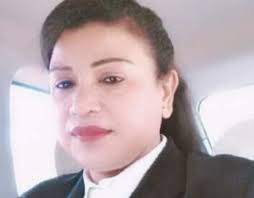 Guwahati: In a gruesome incident, a woman was knifed to death by three unidentified persons in a marketplace of Barpeta district in lower Assam, police said on Tuesday.

The deceased has been identified as Rinima Begum, a lawyer, and a resident of Banbariya village, around 8 km from Barpeta town. Police said the incident took place when Rinima visited her elder sister’s house at Azad Nagar in Barpeta town.

It is learnt that her elder sister has been unwell for the last couple of weeks and Rinima along with her sister went to a doctor at a clinic in Barpeta town. Rinima was attacked by three bike-borne miscreants with a sharp weapon when she was about to get into her car on Monday.

She was immediately rushed to Barpeta Medical College Hospital, where the doctors declared her brought dead. The cause of the murder is yet to be ascertained. The miscreants managed to flee from the spot after committing the crime.