"It is shocking that while the entire country has rejected these laws, Mr Kejriwal typically quietly keeps them in force. One can well imagine what his true anti-farmer intent and agenda in Punjab is,” he said. 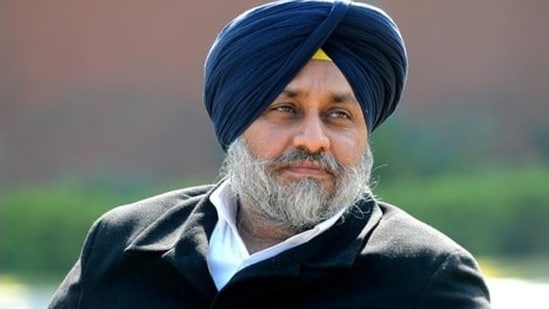 Talking to newsmen here, Harcharan Bains, Principal Advisor to SAD president Sukhbir Singh Badal, asked farm organisations and their leaders, including Joginder Singh Ugrahan and Balbir Singh Rajewal, to wake up to the shocking reality that although the farmers movement forced Prime Minister Narendra Modi and his government to revoke the three anti farmer Black Laws, the most dangerous of these laws is still in force in Delhi with Kejriwal slyly looking the other way, refusing to annul it in the state assembly.

“It is shocking that while the entire country has rejected these laws, Mr Kejriwal typically quietly keeps them in force. One can well imagine what his true anti-farmer intent and agenda in Punjab is,” he said.

The SAD leader said that Kejriwal “has also filed a case against Punjab farmers and sought a fine of Rs One crore per case of stubble burning even when the Supreme Court itself refused to blame the Delhi pollution on the farmers of Punjab and even delivered a rebuff to the AAP leader and Delhi CM.”

He further said that while the AAP leader is promising to abolish private bus operators and ending the mafia raj in liquor trade, the fact is that he has virtually killed the DTC in his own state.

“As for stopping liqour trade from passing into the hands of the mafia through public distribution and sale by the government run liquor shops, Kejriwal has handed over the entire liquor trade in Delhi to the liquor mafia patronised by big business houses. The fact is that Delhi is now defined not by the much vaunted by Mohalla Clinics of Kejriwal but by the Mohala Theka, forcing women in the national capital to come out on the streets to curse the Dehi CM.”

Bains described the elections in Punjab as “ABC versus P” or AAP, BJP and Congress versus Punjab. He said the display of Panthic Power and Dalit Might at the Nawanshahar rally of Ms Mayawati yesterday had turned Kejriwal so desperate that he is forced now to beg at the doors of Akali workers to save him, clearly insulting the capacity of the AAP workers to fight this election for him.”