Antonov confirms US may still ask him to leave

Antonov noted that the United States has been reducing Russia's diplomatic missions in Washington, New York and Houston. "Accordingly, Moscow is taking retaliatory measures, American diplomats are leaving," he said. 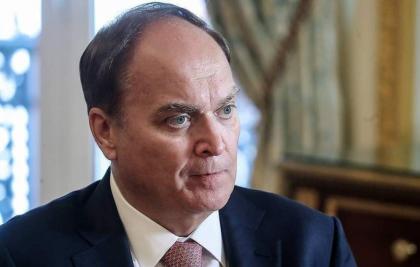 Washington: Russian Ambassador in Washington Anatoly Antonov confirmed on Wednesday that the US government could still request that he leaves the United States over the lingering visa issues.

In January, Antonov said the US State Department had informed the Russian Embassy that he would be forced to leave by April if Russia failed to issue visas to the guards of the US ambassador in Moscow. “Yes,” Antonov told reporters in response to a question whether the United States could ask him to leave.

“I reaffirm this American position. Indeed, the situation is the same as it was when I first spoke about it… This means that the Americans are not ruling out the possibility of choosing a path involving lowering the level of diplomatic presence in Moscow and Washington.”

Antonov noted that the United States has been reducing Russia’s diplomatic missions in Washington, New York and Houston. “Accordingly, Moscow is taking retaliatory measures, American diplomats are leaving,” he said.

Antonov emphasized that Russia firmly believes such measures will not lead to anything good. “This is the most counterproductive step when diplomatic missions are reduced, when this or that country strikes at the diplomatic presence. The best option is to leave them alone and let them work normally, calmly,” he said.

When asked whether the US government responded to Russia’s request to issue visas to Russian diplomats to replace those who were ordered to leave the United States, Antonov said, “No, the Americans are reducing our presence here and do not always issue visas, moreover, they give visas only in exchange for visas for their employees.” “At the same time, it is important that for themselves, Americans often require visas without any exchanges,” he said.

“We said that we are ready to assist our American colleagues in forming the structure of the embassy that they need, but there will be no automaticity here. We are ready to work on an equal basis.”

Antonov said last month that there are 184 employees left at the Russian Embassy following Washington’s September order for 55 staffers to leave the United States. Russia reserves the right to respond, he added.