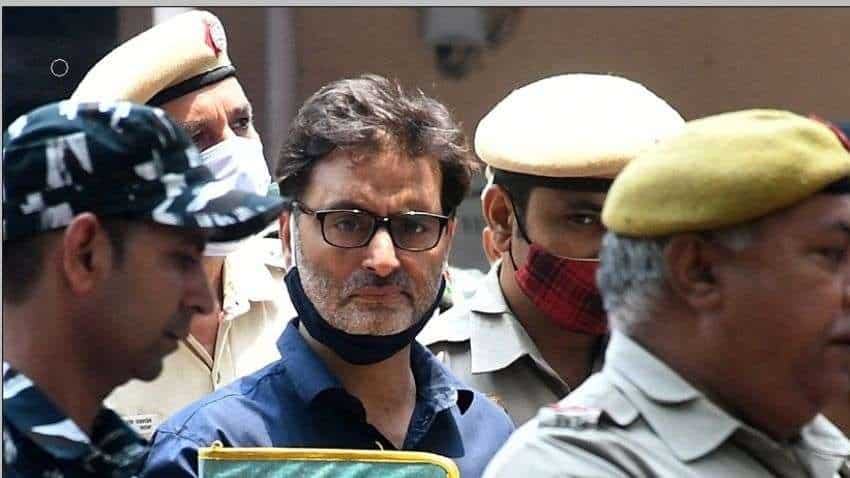 New Delhi: JKLF chief Yasin Malik, one of the first terrorists of Jammu and Kashmir, was on Wednesday sentenced to life imprisonment and slapped with a fine of Rs 10 lakh by an NIA court here.

Malik, who is known to have killed four IAF personnel in a terror attack in January 1990, was convicted on May 19 after he pleaded guilty to all the charges in connection to a 2017 case related to terrorism and secessionist activities.

Amicus appointed by court to assist Malik requested the court to take lenient view against the JKLF leader and requested for life imprisonment instead of death penalty.

Malik said he will retire from politics if intelligence agencies can give proof of his involvement in terror activities.

NIA Special Judge Parveen Singh after conclusion of arguments on the quantum of sentence handed out a sentence that will ensure Malik remains behind bars for the rest of his life along with a fine of Rs 10 lakh.

Delhi’s Patiala House Court turned into a security camp of sorts as even the para military forces were called in.

Bomb disposal squad and sniffer dogs carried out a thorough check of the court premises, before Malik was brought before NIA Special Judge Parveen Singh around 5.30 pm.

During the proceedings on Wednesday, the NIA sought death penalty for Malik.

The verdict was slated for 3.30 pm initially but was delayed by several hours amid stone pelting incidents reported from Srinagar’s Maisuma area, where Malik’s home is.

Internet was suspended in Srinagar, while many Kashmiri Pandit families in Jammu awaited the sentencing.

Nirmal Khanna, wife of IAF Squadron Leader Ravi Khanna who was killed by Yasin Malik and gang, said she wants capital punishment for the JKLF terrorist as he has been been alive for 32 years after killing her husband.

In my case, I would demand “blood for blood” judgement but in terror finding case, it is up to the court to decide the punishment for JKLF leader Yaseen Malik and I will give my overall viewpoint after the verdict, Shalini Khanna alias Nirmal Khanna, wife of Squadron Leader Ravi Khanna, who was killed by JKLF Chief Yasin Malik in 1990 told reporters in Jammu.

According to a lawyer present during the hearing, Malik’s counsel claimed that the JKLF chief had shunned violence 28 years back and had not indulged in any kind of violent means during this period.

In the month of March this year, the court had ordered framing of charges under the provisions of Unlawful Activities Prevention Act (UAPA) against Malik and others in the case.

After hearing the charges were framed against Malik when he submitted before the court that he will not contest the charges levelled against him.

NIA Special Judge Parveen Singh after hearing the matter sought an affidavit regarding the financial status of Yasin and directed National Investigating Agency (NIA) to submit the report before the court on May 25 and fixed the matter for hearing the submission on the quantum of sentence.