While as many as 52581 covid-19 patients recovered from the pandemic disease in the last 24-hours, there exist as many as 514238 active cases across the state. 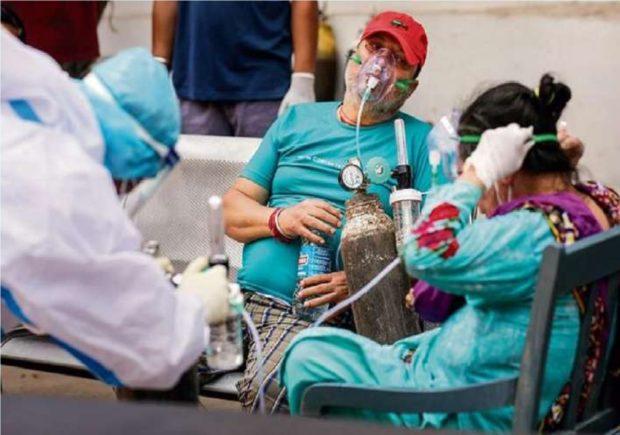 Bengaluru: Karnataka has reported 32218 fresh cases of the COVID-19 disease in the last 24-hours, taking the total number of people infected from the coronavirus in the state to 2367742 on Friday.

According to official sources, in the last 2-hours, as many as 353 people had succumbed to the killer disease taking the total number of fatalities in the state so far to 24207.

While as many as 52581 covid-19 patients recovered from the pandemic disease in the last 24-hours, there exist as many as 514238 active cases across the state.

The sources informed that while the state capital Bengaluru had recorded the highest, 129 number of fresh deaths due to COVID-19 disease, Bengaluru Rural district reports 30, Ballari 23, Uttara Kannada 22, Shivamogga 20, Tumakuru 16 and Mysuru district 12.

The sources said that as man as 133013 people had undergone for the covid-19 tests in the last 24-hours, the positivity rate accounted for 24.22 per cent and the Case Fatality rate stood as 1.09 per cent.

Meanwhile, Chief minister B S Yediyurappa had announced two more weeks of lockdown in the state effective from 24th of this month, to control the spread of the killer disease in the state.

Addressing a press conference after holding a crucial meeting on the issue with his senior cabinet ministers he said that the restrictions which were already laid down during the lockdown period would continue in the extended Janata Curfew days.

He also announced that the state government has decided to offer treatment to the black fungus disease free of cost at the respective district hospitals in the state.

“The lock down announced by the state government has yielded desired results in bringing down the number of daily cases of the covid-19” he said.