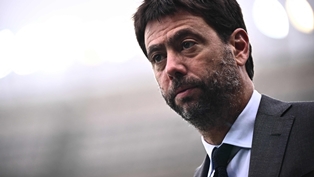 Turin:The entire board of directors at Juventus has resigned, including president Andrea Agnelli and vice president Pavel Nedved.

“The Board of Directors’ members, given the centrality and the relevance of the pending legal and technical/accounting matters, considered in the best interest of the Company that Juventus provided itself with a new Board of Directors to address these matters,” Juventus, the Italian Serie A club said in a statement Monday.

“For the same reasons, each of the three directors with powers (the Chairman of the Board of Directors Andrea Agnelli, the Vice Chairman Pavel Nedved and the Chief Executive Officer Maurizio Arrivabene) has considered appropriate to forego the powers granted to them. The Board of Directors has, however, asked Maurizio Arrivabene to maintain the position of CEO,” the statement added.

Alongside Agnelli, vice-president Pavel Nedved has offered his resignation as has chief executive Maurizio Arrivabene – but Juventus have asked the latter to remain in his position to transition over to the next board of directors, according to Sky Sports.

In Agnelli’s reign, Juventus became one of the powerhouses of European football by dominating the Italian leagues. Juventus won nine Serie A titles in a row until 2019-20.

Juventus are currently third in the Serie A table, 10 points behind leaders Napoli, and are currently managed by Massimiliano Allegri – who Agnelli let go in 2019 only to rehire him 18 months later.