He said that India and United Kingdom both share anxieties about autocracies around the world and as democracies the two countries want to stick together. 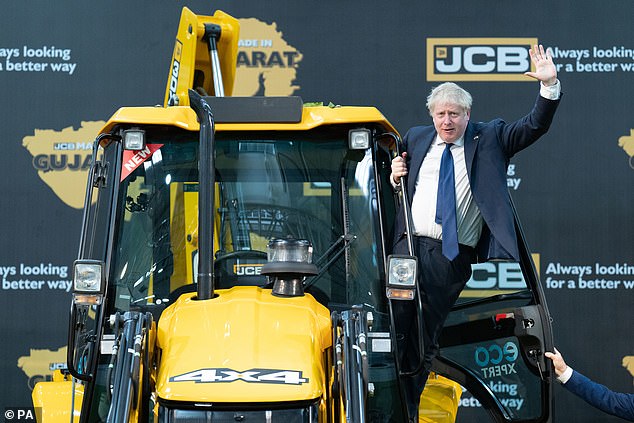 Johnson was reacting over the issue during his Gujarat visit where he attended a series of programs.

“Everybody understands India and Russia have historically a very different relationship, perhaps, than Russia and the UK have had over the last couple of decades. We have to reflect that reality, but clearly I will be talking about it to Narendra Modi,” he said downplaying India’s stand over the Russia-Ukraine war.

Actually if you look at what the Indians have said, they were very strong in their condemnation of the atrocities in Bucha, Johnson added.

The British PM sees his India visit as an opportunity to deepen security and defence partnerships and said that the United Kingdom is making an Indo-Pacific tilt as part of its national defence and security strategy.

He said that India and United Kingdom both share anxieties about autocracies around the world and as democracies the two countries want to stick together.

Earlier, Johnson held a meeting with industrialist Gautam Adani at the Adani Group’s global headquarters at Shantigram on the outskirts of Ahmedabad. Johnson on Friday will have series of engagements in New Delhi. He will attend a ceremonial reception at Rashtrapati Bhawan early in the morning followed by wreath laying at Rajghat.

He will have meeting with External Affairs Minister S Jaishankar and hold talks with Prime Minister Narendra Modi at Hyderabad House. Both the leaders will discuss economic, security and defence collaborations.

Johnson’s talks with Prime Minister Narendra Modi will be on the situation in the Indo-Pacific as the UK is strongly opposed to any kind of coercion in the region. A press statement will be issued in the afternoon.