Biden's remark is a "watershed" in relations and "unacceptable in any circumstances," Konstantin Kosachyov, deputy speaker of Russia's upper house of parliament, wrote on Facebook Thursday. 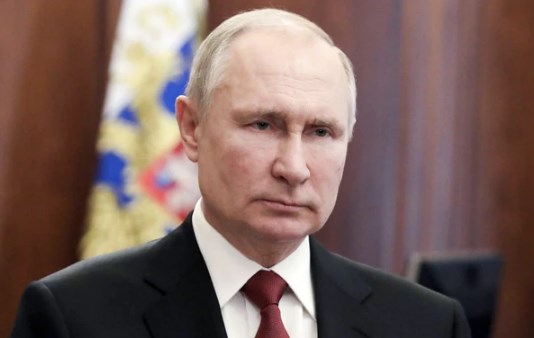 Moscow: US President Joe Biden must apologize and take back “boorish” allegations that Kremlin leader Vladimir Putin is a killer, a top Russian official said, a day after Moscow recalled its ambassador in protest.

Biden’s remark is a “watershed” in relations and “unacceptable in any circumstances,” Konstantin Kosachyov, deputy speaker of Russia’s upper house of parliament, wrote on Facebook Thursday. Moscow’s initial reaction — recalling its US ambassador — “won’t be the last, unless there is an explanation and an apology from the American side.”

The Foreign Ministry announced it was summoning Ambassador Anatoly Antonov for consultations in a statement late Wednesday. Warning of the risks of “an irreversible deterioration in relations” with the new U.S. administration, the ministry said Russia still hopes to reverse the downward spiral in ties, Bloomberg reported.

The diplomatic demarche came after Biden agreed with ABC News Chief Anchor George Stephanopoulos in an interview that Putin was a killer and said the Russian leader would “pay a price” for alleged meddling in US elections.

Biden’s comments, recorded Tuesday, came the same day as a US intelligence community report that Putin ordered influence operations to hurt his candidacy in the 2020 election, favoring former President Donald Trump just as the intelligence community says the Russian leader did in 2016 against then-Democratic presidential candidate Hillary Clinton. The Kremlin denies any interference.

The ruble was little changed early Thursday after falling to the lowest in a week a day earlier.

Many officials in Putin’s government and associates of the Russian leader already live under U.S. sanctions due to previous rounds of punishment for election interference, attacks on political opponents and Russia’s annexation of Crimea from Ukraine, limiting Biden’s options for fresh targets. Putin is marking the seventh anniversary of the 2014 annexation on Thursday.

New U.S. sanctions could come as soon as next week and may target Russia’s oligarchs and others close to Putin, according to two people familiar with the matter. The impact of the penalties may be muted, as Russians hit with U.S. sanctions usually don’t maintain U.S. bank accounts or have plans to travel to the country.

In his interview, Biden said he’d had a “long talk” with Putin and had told him, “I know you and you know me. If I establish this occurred, then be prepared.”