" One more cop succumbed to his injuries taking the toll to three," they said. 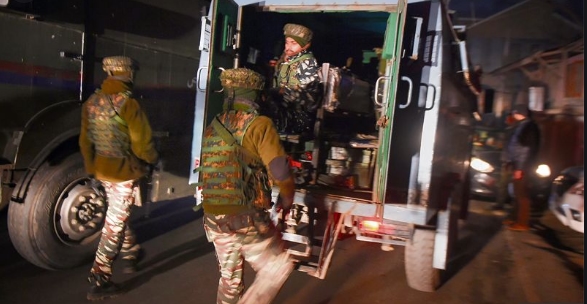 Srinagar: One more policeman who was injured in the Zewan Srinagar attack on Monday evening succumbed to his injuries taking the toll in the attack to three, official sources said here on Tuesday.

Two policemen including an Assistant Sub Inspector and a Selection Grade Constable were killed and 12 others were injured when militants ambushed a police bus on the outskirts of Srinagar at Zewan.

” One more cop succumbed to his injuries taking the toll to three,” they said.

Police said one of the attackers was also injured in retaliatory firing.

Inspector-General of Police Kashmir, Vijay Kumar late on Friday said that the credible sources revealed that the attack was carried out by “Kashmir Tigers”, an offshoot of Jaish-e-Mohammad.