"Investment proposals worth Rs 44,000 crores with their detailed project reports have been submitted to the concerned departments," he told the Jammu and Kashmir Real Estate Summit 2021. 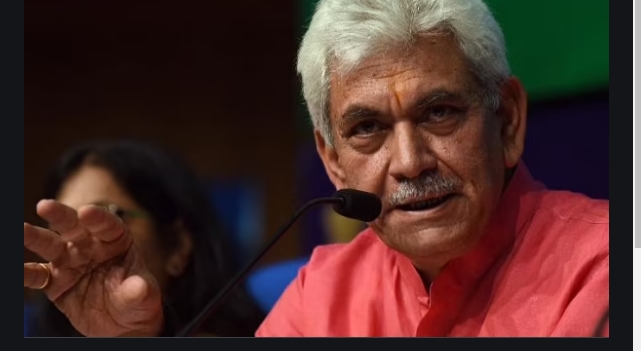 Jammu Jammu and Kashmir are likely to receive close to Rs 60,000 crores of investment in real estate in the near future as the government has given top priority to transform this sector, Lt Governor Manoj Sinha said on Monday.

“Investment proposals worth Rs 44,000 crores with their detailed project reports have been submitted to the concerned departments,” he told the Jammu and Kashmir Real Estate Summit 2021.

The meeting was jointly organised by the Ministry of Housing and Urban Affairs and the Jammu and Kashmir governments.

He announced that given the success of the real estate summit 2021 at Jammu, the government is encouraged to see the response of investors. It would host a similar conference on May 21-22, 2022 in Srinagar.

Sinha pointed out that despite inheriting a bad economy, the administration has taken initiatives including drastically reducing aviation fuel rate from 26 per cent to 1 per cent and setting up a rationalized stamp duty.

He said that infrastructure projects of around Rs 1 lakh crore of investments were at various stages of implementation in Jammu and Kashmir and added that shortly the Union Territory will launch metro projects in both Jammu and Srinagar cities.

Besides, the government is building a Central Secretariat and dwelling units for state employees including those working for police. It is moving to create infrastructures such as hotels, parks, IT hubs and more.

A coffee table book was launched which contained information relating to the Union Territory and MoUs were signed for over Rs 18,000 crores of projects in various areas of the economy.

Union Minister of Housing and Urban Affairs and Minister of Petroleum and Natural Gas Hardeep Singh Puri thanked the Lt Governor for taking up developmental projects and creating an industry-friendly policy.

Puri urged Sinha to create a DAVOS type platform in the Union Territory so that conferences of very high scale are organised in this beautiful landscape in which investors worldwide can assemble and debate issues.

Jitendra Singh, the Minister of State in the Prime Minister’s Office, regretted that Jammu and Kashmir could not see the all-around development which was witnessed in the northeast under Prime Minister Narendra Modi.