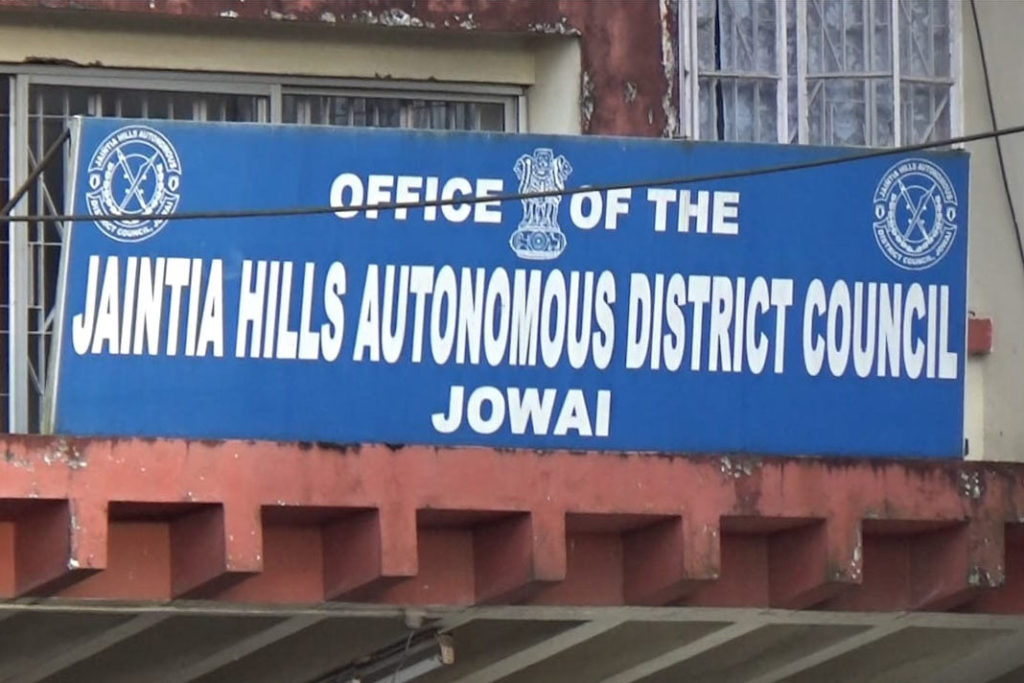 Mukroh (Meghalaya): The Jaintia Hills District Autonomous Council (JHADC), has decided to suggest the Meghalaya government to set up a police border outpost at Mutha Siang Kwai village after five Pnar villagers were gunned down by Assam police here on November 22.

A delegation headed by the Chief Executive Member of JHADC, Thombor Shiwat on Tuesday visited Mutha Siang Kwai area, about about 2 km away from the Assam’s border outpost and a forest camp at Mokoilum village of West Karbi Anglong district.

“The main objective of our visit is to ascertain that Mutha Siang Kwai village falls under the jurisdiction of Mukroh village and Elaka Shilliang Myntang and this village (Mutha Siang Kwai) is the zero point,” Shiwat said.

The village elders also brought a map and the JHADC notification issued on October 25, 1968 that Mutha Siang Kwai village that demarcates the boundary of Meghalaya and Assam.

“There is no dispute when it comes to Mukroh village and its jurisdiction. The Assam government may claim anything, but Mukroh and its jurisdiction as per this notified map is well within Meghalaya. Assam may one day claim even Borota,” Shiwat said.

Moreover, the autonomous council chief said that landowners have land documents to show that Mutha Siang Kwai village falls under Mukroh village and have registered their land documents with JHADC which is within Meghalaya.

However, Assam has a different claim over the entire area and even set up a forest beat house to protect the forested areas.

“The Assam government may claim anything, but Mukroh and its jurisdiction as per this notified map is well within Meghalaya. Assam may one day claim even Borota,” Shiwat said.

Assam’s Additional Superintendent of Police, Faiz Ahmed Borbhuyan, who has been posted at the Mokoilum police outpost following the November 22 firing incident said that Mukroh village is very within the jurisdiction of Assam.

With abject poverty in the area with poor roads, scant access to basic amenities like water, electricity and health facilities, the villagers nonetheless are slowly coming to terms with the loss of five of the inhabitants of Mukroh.

The villagers are more worried and fear that perhaps this unfortunate incident would prolong their woes after the firing incident.