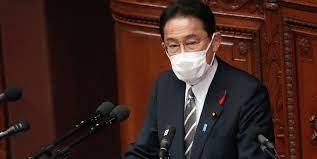 “We strongly condemn North Korea’s missile launches. This violates provisions of the UN Security Council resolutions. For the safety of our citizens, I instructed responsible agencies to analyze information through surveillance and intelligence gathering and to closely interact on this issue with the international community, including the United States,” Kishida told reporters.