Jackson Thounaojam, Suresh Wangjam open up on their performance in India colours

Suresh Wangjam started all three matches while Jeakson played alongside him in two matches while it was Anirudh Thapa that was the chosen midfielder in the opening match against Cambodia. 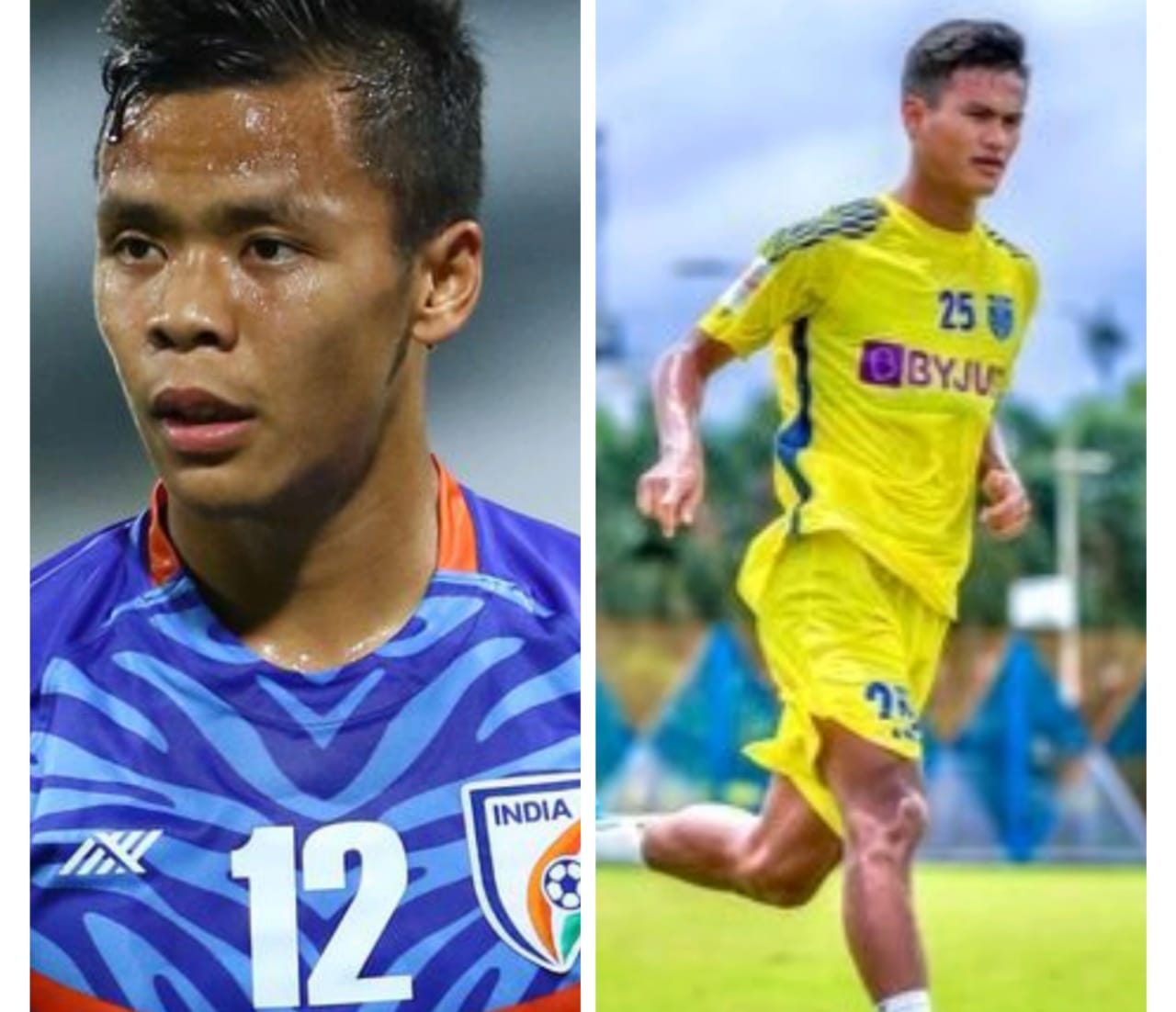 Bengaluru: The defenders and the attackers hogged all the limelight after the Indian men’s football team qualified for the 2023 AFC Asian Cup after a dominant qualifying campaign that saw them score eight goals and concede just once in three matches.

While the likes of Sunil Chhetri, Ashique Kuruniyan, Sahal Abdul Samad, Liston Colaco and Manvir impressed for the Blue Tigers, the foundation for India’s supremacy was laid in the middle of the park.

Suresh Wangjam started all three matches while Jeakson played alongside him in two matches while it was Anirudh Thapa that was the chosen midfielder in the opening match against Cambodia.

The Suresh and Jeakson combination caught everyone’s attention for the efficiency they displayed in the matches against Afghanistan and especially Hong Kong where they reduced the opponent to very few chances.

With both hailing from Manipur and having played together on previous occasions during their youth days, they enjoyed a strong understanding on the pitch.

“Speaking the same language helps, and so does the fact that Jeakson is very disciplined in his positioning. So when I am out of position, chasing the ball or going forward, I know Jeakson is behind me offering enough protection. He is calm with the ball, good in the air, unfazed under pressure, and always in the right place,” Suresh told Mint Lounge about his partnership with Jeakson.

The two complimented each other well as Jeakson maintained his positioning perfectly in the middle of the park while Suresh covered the distances while also joining up in attack on occasions.

The Bengaluru FC’s tenacity in midfield allowed India to launch wave after wave of attacks as they were to recycle possession quickly. The 21-year-old though feels he can still improve.

“I do a lot of good things, but I am fully aware that my final pass is missing. I have to work on that a lot more,” he said.

As for Jeakson, he had impressive numbers in the game against Hong Kong, winning every header and completing 40 out of the 42 passes apart from winning 71% of his duels. Ishfaq Ahmed, the assistant coach of Kerala Blasters FC midfielder gave credit to the training drills at the club for the performance Jeakson delivered.

“If you don’t make it, we can’t train. That’s the pressure in training, and that is why I say that he always seems to have more time on the ball,” he said.

Jeakson though is wary that he can’t take his place for granted at Lalengmawia Ralte who the Hero Indian Super League (ISL) Emerging player of the year award in the 2020-21 season is waiting in the wings.

“It might seem easy to just say keep your head down and keep working, but I realise there are players ready to take my place. And in a way, it is good to have such a good one breathing down my neck,” the Kerala Blasters FC midfielder said.

India though are blessed with options in midfield and Igor Stimac could have a real selection headache ahead of next year’s AFC Asian Cup especially with a longer football season set to follow which is likely to leave the players in best possible shape and form for the big tournament.