Bindyarani lifted a total weight of 202kg (86kg+116kg) to finish second on Saturday. With the 116kg clean and jerk lift, which was also her personal best, Bindyarani smashed the Games record 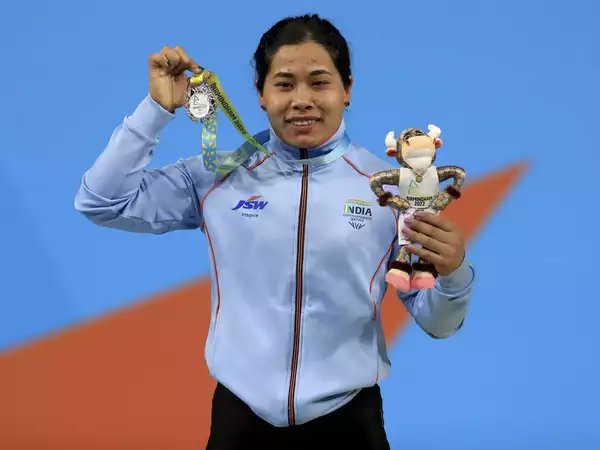 Birmingham:  Manipur’s Weightlifter Bindyarani Devi (55kg) clinched a silver in the women’s 55kg as India continued its medal rush at the Commonwealth Games.

Bindyarani lifted a total weight of 202kg (86kg+116kg) to finish second on Saturday. With the 116kg clean and jerk lift, which was also her personal best, Bindyarani smashed the Games record, the PTI reported.

Nigeria’s Adijat Adenike Olarinoye also obliterated the Games record in snatch and total effort with an aggregate of 203kg (92kg+111kg) to win the gold medal.

Meanwhile, Manipur Governor La Ganesan expressed happiness over the victory of Saikhom Mirabai Chanu on winning gold and Bindyarani Sorokhaibam on winning silver in the Commonwealth Game held at Birmingham in the Weightlifting category.

Mirabai won the first gold in the country. Mirabai Chanu and Bindyarani Sorokhaibam, both of whom hail from the state have made India proud in general and Manipur in particular by these achievements, he said.

This will, indeed, act as an inspiration for their colleagues and juniors. Governor conveyed his best wishes to keep up the good work and earn many more medals in their future career.

Family members of Mirabai and Bindyarani have been busy the whole day receiving visitors. Both the houses in Imphal had a festive look as the two won medals in the Commonwealth Games.