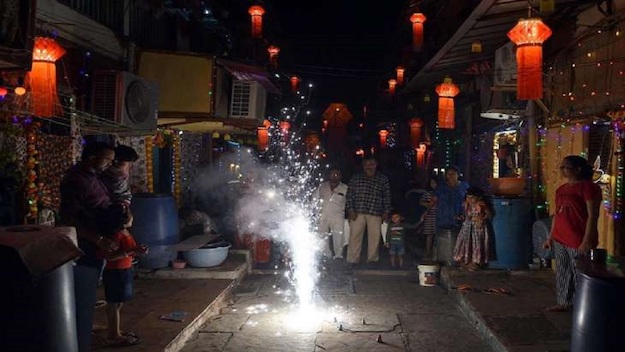 Itanagar: In view of ensuing Diwali festival, the Itanagar Capital Complex district administration, in compliance of the Supreme Court directions, has prohibited use and sale of firecrackers other than green crackers, besides restricting the timings for bursting green crackers in the capital region.

Itanagar Capital Complex District Magistrate Talo Potom has on October 17, 2022 issued an ‘order’, directing that all concerned should comply with the directions for peaceful and safe celebration of Diwali within the Capital region.

“Use/ sale of firecrackers other than green crackers are prohibited within the Capital region. Sale or use of fire crackers generating noise level exceeding 125 dB (AI) or 145 dB(C) pk at 4 meters distance from the point of bursting is prohibited,” the DM’s order said.

Selling of series of crackers is also banned within the capital region, the order said.

It also stated that fire crackers should not be burst within 100 meters of silence zones like, hospitals, nursing homes, primary and district health care centres, educational institutions, courts, religious places or other areas that may be declared as a silence zone by the concerned authorities.

Bursting of crackers near thatch (kutcha) houses, roads and crowded areas is strictly prohibited. Use of green crackers will be allowed during the Diwali celebrations for two hours – from 8 pm to 10 pm.

The DM also said that any kind of gambling activity is also strictly prohibited within the capital region and anybody found violating the order shall be prosecuted as per appropriate section of law.

He enjoined upon the Capital SP and executive magistrates of Itanagar to enforce the order in letter and spirit.