Iran supports Afghanistan's self-determination with an inclusive government that represents all Afghan ethnic groups, he added. 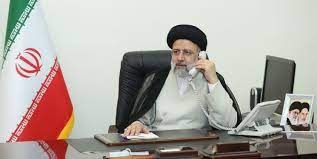 All of Afghanistan’s problems are rooted in American action, Amir Abdollahian said in a televised interview on Monday. The Afghan people are capable of making their own decisions without the interference of foreigners, he said.

Iran supports Afghanistan’s self-determination with an inclusive government that represents all Afghan ethnic groups, he added.

The U.S. Central Command announced Monday that one day before the Aug. 31 deadline set by U.S. President Joe Biden, the withdrawal of U.S. troops from Afghanistan was completed, ending 20 years of a U.S.-led invasion of the country.

The Taliban welcomed the withdrawal soon after the U.S. announcement, saying the country “became completely free and independent.”

Berlin: European Commission President Ursula von der Leyen says she does not support the idea of boycotting the...
World