KKR, who finished fourth in the league stages while knocking out defending champions Mumbai Indians, reached the IPL final despite a horrible run in the first phase of the tournament. 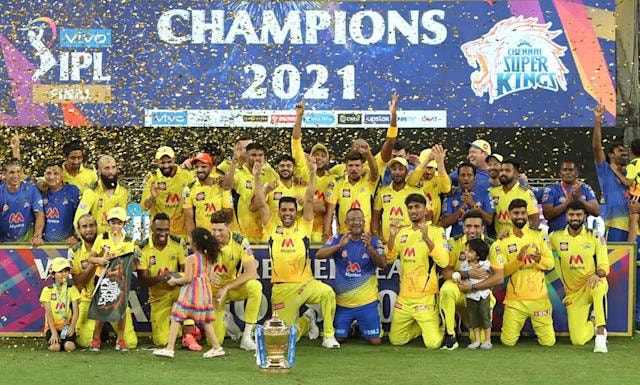 Dubai: After winning the IPL 2021 final against Kolkata Knight Riders, Chennai Super Kings skipper MS Dhoni said their rivals deserves to win the title for the way they turned the season around.

KKR, who finished fourth in the league stages while knocking out defending champions Mumbai Indians, reached the IPL final despite a horrible run in the first phase of the tournament.

“Before I start talking about CSK, it’s important I talk about KKR. For the position they were in after the first phase, to perform this well, it’s very difficult,” said Dhoni at the post-match presentation ceremony. “If any team deserved to win the IPL this year, it is KKR for the way they have played. I think the break helped them.”

The win came on a special occasion for the former India captain, who played his 300th IPL match on the night.

Speaking of his team’s consistency throughout the season, Dhoni said the plan was always to stay ahead of their rivals on the points table and said he hopes it to be the identity of the franchise.

“Yes we are the most consistent team looking at the stats but we have also lost finals. Not letting the opposition in is something we consciously wanted to improve. I hope CSK in the coming years will be known for that, ” he added.

When asked what pep talk he gave to the team before the final, Dhoni said he didn’t say anything as he feels it brings pressure.

“We don’t really talk a lot. It’s more one on one. People are more open that way. The moment you talk in a team room there is a bit of pressure. You can’t deliver without a good team. We also have great individuals as well, ” he said.