Biren Singh said the Imphal International Airport is the third-busiest airport in North-East India and that ongoing development works will further consolidate the air connectivity infrastructure in the State. 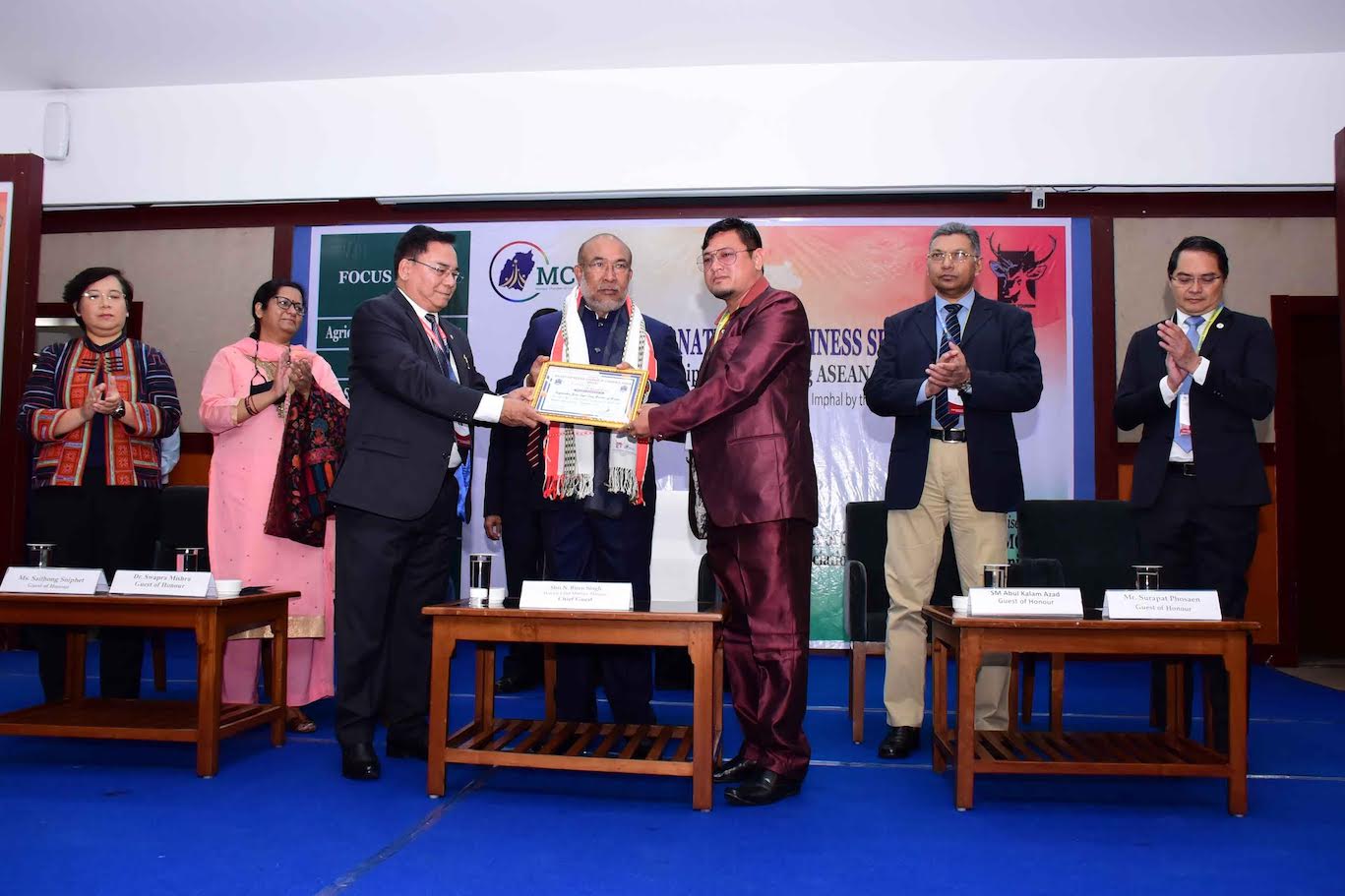 Imphal: Plan is afoot to start international flights from Imphal Airport to Mandalay and Bangkok, under the UDAAN Scheme of the Central government, Chief Minister N Biren Singh said on Thursday.

Addressing a one day International Business Summit, Gateway Manipur-Connecting ASEAN Countries, Biren Singh said the Imphal International Airport is the third-busiest airport in North-East India and that ongoing development works including a new integrated terminal and Air Cargo terminal, will further consolidate the air connectivity infrastructure in the State.

Stating that the North East connects India to one of the most economically dynamic and politically significant geographies of the world, the Chief Minister stressed that as the global power axis shifts to the Indo-Pacific, developing a secure and prosperous North Eastern Region as a convergence of India’s “Act East Policy” and “Neighbourhood First Policy” will be a vital pillar towards realizing a common vision of a “Free and Open Indo-Pacific.”

Towards realizing this vision, improved connectivity will be critical to unlock the full potential and business opportunities in the region, he added.

Further highlighting that Manipur is the land gateway to ASEAN and beyond, the Chief Minister added that better connectivity would have a positive impact on sectors like tourism, logistics, services sector, healthcare, education, IT and IT enabled Services towards ensuring inclusive and sustainable growth.

Biren Singh also stated that improvement of National Highways to Moreh is nearing completion and that completion of regional projects such as Trilateral Highway Project, Kaladan Multi-Modal Transit Transport Project and SASEC Road Connectivity Projects would be transformative for Manipur and the North-East of India.

He said the rail network has reached Manipur and that there are plans for Asian Railways through Moreh-Tamu by extending the rail line beyond Imphal.

Biren Singh also spoke on the huge tourism potential of the State and highlighted the endangered Sangai Deer, Keibul Lamjao the only floating National Park in the world and the Shirui Lily found only in the Shirui Hills in Ukhrul.

He said Manipuri Dance is one of the classical dances of India, Sankirtana ritual singing, drumming and dancing of Manipur are inscribed on the Representative List of the UNESCO Intangible Cultural Heritage of Humanity and that the Manipuri Cinema and theatre have also brought laurels for the country.

The Chief Minister highlighted the proud sporting culture of the State and said the small state has already produced numerous sports persons including 19 Olympians.

He said an Olympian Park is being constructed in honour of the Olympians.

Biren Singh said Manipur is also the birthplace of Modern Polo. We have inaugurated the ‘Annual Sagol Kangjei Tournament’ traditional version of polo, from this year to preserve the link between modern and traditional polo.

He highlighted Manipur’s close historical associations with World War-2 and said Battle of Imphal was the turning point of one of the most grueling campaigns of the war.

“We have preserved and developed the INA Headquarter,” the Chief Minister further highlighted the Imphal War Cemetery which contains 1600 Commonwealth burials of WW-II and Japanese constructed India Peace Memorial.

The Chief Minister also spoke about the Manipur Start-Up and said that Venture Fund was launched and Credit Guarantee Scheme set up for MSMEs and StartUps in Manipur.

Further stating that the State government continues to give priority to develop and promote local food products, handlooms and handicrafts, he said Aromatic Black Rice and Pineapples are some of the produce exported recently to Europe and Middle East.

He also highlighted the implementation of the ‘One product One district’ and that the State is in the process of identifying One Product for Each Sub-division.

He said, “I believe the deliberations and discussion of today’s business summit would provide new insights and fresh perspectives to pave the way for Manipur.”

The Chief Minister welcomed the participants to the Manipur Sangai Festival and said, “I hope you all will get to experience the rich cultural heritage of Manipur during the festival and take back lasting memories.”