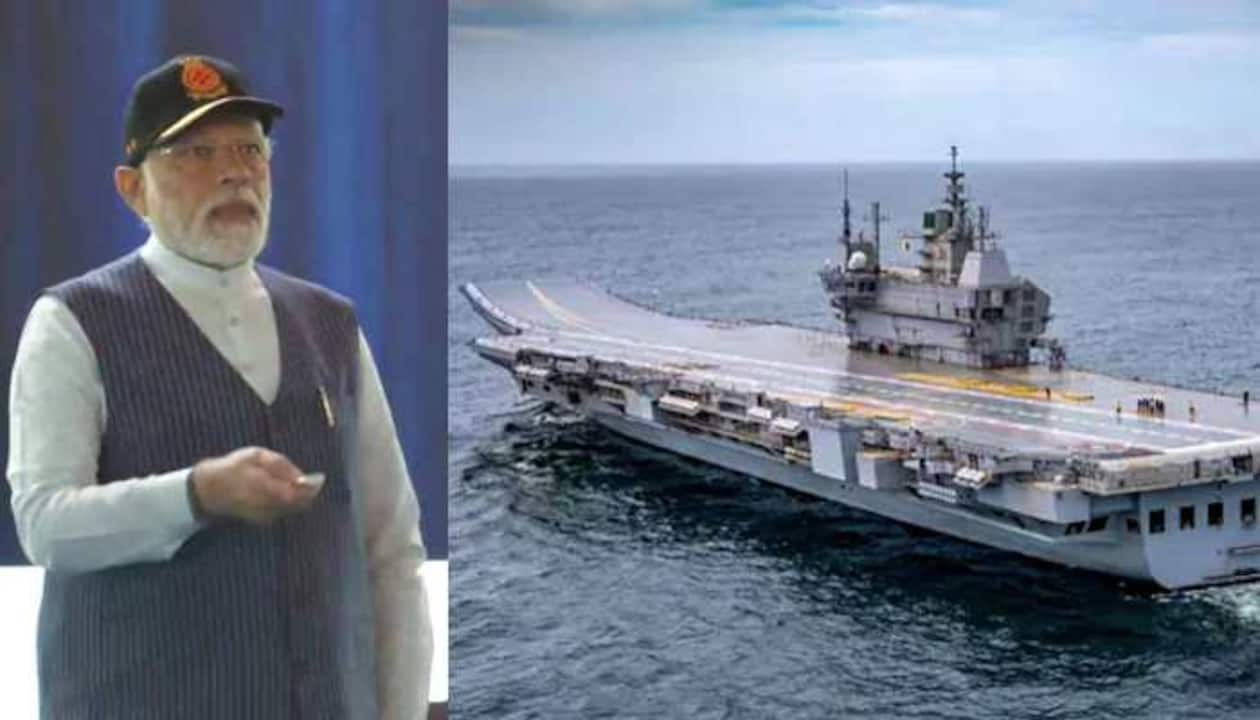 During the event, the Prime Minister also unveiled the new Naval Ensign (Nishaan), doing away with the colonial past and befitting the rich Indian maritime heritage.

The 262 metres long and 62 metres wide, INS Vikrant is the largest warship to be built in India. It can have 30 aircraft on board, including MiG-29K fighter jets and helicopters. The warship can accommodate a crew of nearly 1,600.

Addressing the gathering, the Prime Minister said every Indian is witnessing the sunrise of a new future. This is a tribute to the rising spirits of India on the world horizon.

This is a testament to the hard work, talent, influence and commitment of India in the 21st century. If the goals are distant, the journeys are long, the ocean and the challenges are endless – then India’s answer is Vikrant. The incomparable Amrit of Azadi ka Amrit Mahotsav is Vikrant. Vikrant is a unique reflection of India becoming self-reliant,” Modi added.

The Prime Minister acknowledged and praised the contribution of the Navy, engineers of Cochin Shipyard, scientists and specially the workers who worked on the project. He also noted the happy and auspicious occasion of Onam that is adding even more happiness to the occasion.

Every part of INS Vikrant has its own merits, a strength, a development journey of its own. It is a symbol of indigenous potential, indigenous resources and indigenous skills. The steel installed in its airbase is also indigenous, developed by DRDO scientists and produced by Indian companies, he said.

Commenting on the changing geo-strategic situation, he said the Indian Ocean is a major defence priority of the country. That is why we are working in every direction, from increasing the budget for the Navy to increasing its capability, he said.

INS Vikrant is designed by Indian Navy’s in-house Warship Design Bureau (WDB) and built by Cochin Shipyard Limited, a Public Sector Shipyard under the Ministry of Ports, Shipping & Waterways,  Vikrant has been built with with state of the art automation features and is the largest ship ever built in maritime history of India.

The Indigenous Aircraft Carrier is named after her illustrious predecessor, India’s first Aircraft Carrier which had played a vital role in the 1971 war. It has a large number of indigenous equipment and machinery, involving major industrial houses in the country as well as over 100 MSMEs. With the commissioning of Vikrant, India will have two operational Aircraft Carriers, which will bolster the maritime security of the nation.

During the event, the Prime Minister also unveiled the new Naval Ensign (Nishaan), doing away with the colonial past and befitting the rich Indian maritime heritage.