India’s first wooden kart race to be in Meghalaya

The Kharang Sports & Social Welfare Club, which is one the oldest clubs in Meghalaya is organizing the event to celebrate the state's 50th statehood and the club's 50th anniversary, they said. 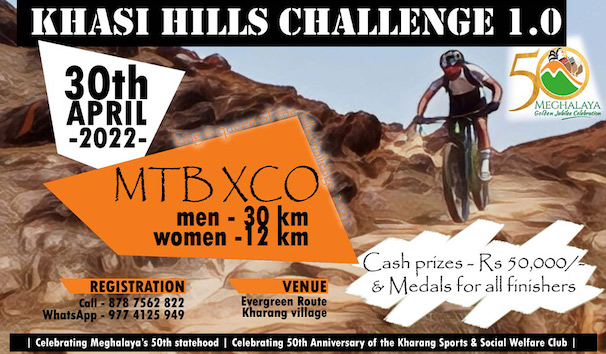 Shillong: India’s first wooden kart race will be held in Meghalaya on April 30 to revive the dying art of making a wooden kart and to promote its usage in modern days.

The race, organised by Kharang Sports & Social Welfare Club, will be held at the Evergreen Route at Kharang village in Meghalaya’s East Khasi Hills district this April 30.

The Kharang Sports & Social Welfare Club, which is one the oldest clubs in Meghalaya is organizing the event to celebrate the state’s 50th statehood and the club’s 50th anniversary, they said.

“We are celebrating the state’s 50th year of statehood and the Club’s 50th anniversary year by organizing various event throughout the year in which the Kart race is one of the highlights of the celebration,” the Club’s adviser Banjop Mukhim said on Monday.

As part of the event, the Club is also organizing the state’s first MTB-XCO event with the technical backups from officials of the Meghalaya Cycling Association, he said.

Inviting participation from corporates, offices and businesses to send in their team to participate at the event, Banjop said, this is one event where talents from respective organisations can field in their best men and women.

On the technical details, the Club’s president Khrawkupar Warjri said those karts with wooden chassis and wooden bodies with tyre diameters not more than 1 feet and tyre thickness not less than 2 inches will be eligible to take part in the event. Participants will have to bring their kart to the location and submit the forms and registration fee on April 29 at the venue itself and they will be allotted their kit bag and bip numbers.

Meghalaya Cycling Association vice president Banshanlang said the MTB – XCO event is one of the most exciting events to be organised at the Club level. Khyllait, who is part of the technical team to build the track for the cycling event, said that this event will allow the local talents to hone their skills as athletes from other states are also participating in the event.

Khyllait, who represented the state in various regional and national cycling competitions said, “I assure you this is one of India’s finest track for XCO event,” he said. The registration forms and copies of the rules can be collected from ProCycling, a bicycle shop near St Edmund’s School.