Firms were at their most optimistic for six years," S&P Global said. 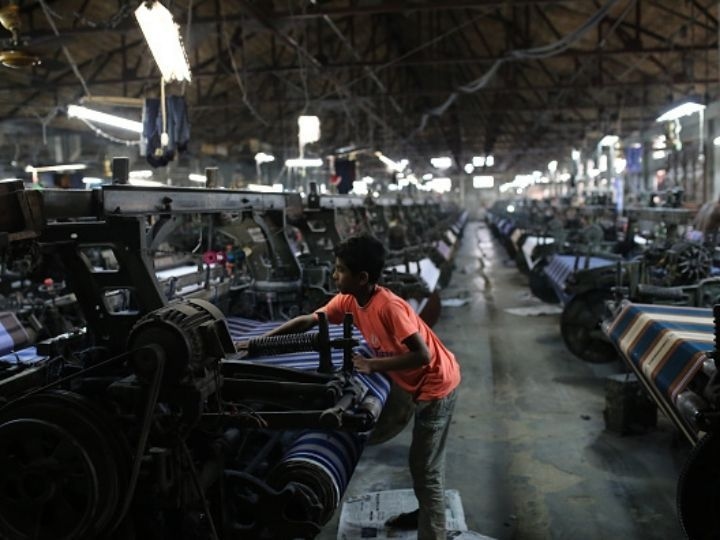 The S&P Global Purchasing Managers’ Index (PMI) dipped marginally in August to 56.2 from 56.4 in July.

A reading above 50 shows expansion while printing below 50 means contraction. The manufacturing PMI is one of the most keenly-watched surveys by economists, policy-makers, and market participants.

The survey said that sustained improvement in demand conditions boosted new order intakes at Indian manufacturers during August, which in turn pushed output growth to a nine-month high.

“Production volumes were also supported by a pick-up in exports and upbeat projections for the year-ahead outlook. Firms were at their most optimistic for six years,” S&P Global said.

As per the survey, Indian manufacturers reported the fastest increase in production in nine months, which they attributed to greater sales, recent efforts to enhance capacities, fewer Covid restrictions, and product diversification.

International markets gave impetus to total sales, as seen by a marked and quicker increase in new export orders halfway through the second fiscal quarter.

Commenting on the survey findings, Pollyanna De Lima, Economics Associate Director at S&P Global Market Intelligence said that Indian manufacturers continued to benefit from the absence of Covid restrictions, with rates of growth for both output and new orders picking up yet again to the strongest since last November.

“This robust performance was complemented by a fourth successive monthly slowdown in the rate of input cost inflation, which slipped to the lowest in a year amid softer pressures from commodity prices. Factory gate charges rose at the second-weakest pace since the start of the fiscal year 2022/23, one that was similar to July,” said De Lima.