The vacancies under the MoU will be subject to the availability of guides in the respective centres or departments. 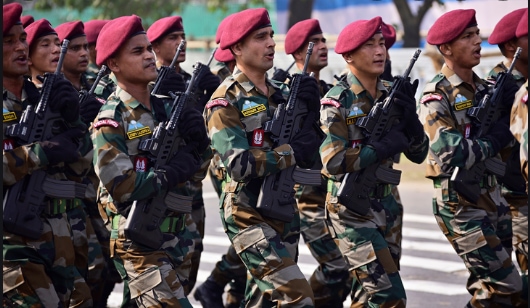 Hamirpur/Shimla: The Army Training Command (ARTRAC), one of the seven commands of the Indian Army, on Tuesday signed a Memorandum of Understanding (MoU) with private universities in Himachal Pradesh to provide higher education and skill programs to the serving military personnel, it was reported on Wednesday.

Gen Sandhu thanked the Vice Chancellors and Management of private universities for this proposal and said that its outcome would depend on the implementation of the proposals. He also asked them to lay emphasis on activities at the grassroots level to make the scheme a success.

The MoUs offer new possibilities for academic and research collaboration between the military and private universities. These include efforts to promote and facilitate the exchange of information on the educational programs run by these institutions as part of their on-campus and off-campus programs and on research and innovations currently being undertaken by these universities.

The Army has agreed to sponsor all military officers willing to join educational programs in these universities. The MoU also provides for collaborative research and innovation in areas of mutual interest in basic and applied sciences, physical sciences, engineering, management and social sciences.

For example, Shoolini University has developed computer science, nanotechnology, journalism and mass communication skills.
Over 50 PhD seats are offered to serving military officers in disciplines as diverse as Basic and Applied Sciences and Liberal Arts.

The number of seats to be allotted to Army personnel will be more than the sanctioned strength in each subject.

The vacancies under the MoU will be subject to the availability of guides in the respective centres or departments.

Major General Kaushik said that the pioneering agreement between the Army and the private universities would prove to be a step in a new direction. He said that this initiative will prove to be very useful for those serving officers who can take advantage of it even after retirement provide perspective. Vice-chancellors and other senior officials from six universities said they are expecting a large number of serving military officers to join the programme.