BrahMos Aerospace is a joint venture between India and Russia. 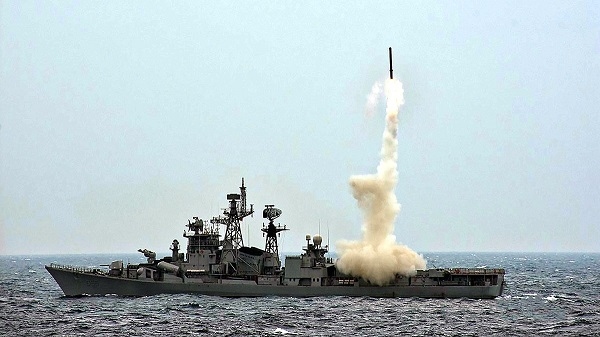 “The robustness of Indian Navy mission readiness is reconfirmed today after the successful launch of the advanced version of BrahMos Missile from INS Vishakhapatnam. I congratulate the wonderful teamwork of DRDO, Indian Navy and Brahmos Missile,” Defence Minister Rajnath Singh wrote on Twitter.

“The successful test-firing of the extended range BrahMos supersonic cruise missile represents a twin achievement… it certifies the accuracy of the ship’s combat system and armament complex and also validates a new capability the missile provides the Navy and the nation,” Indian Navy tweeted calling it a historic day.

BrahMos Aerospace is a joint venture between India and Russia.

The Missile is one of the fastest supersonic cruise missiles in the world. It can be launched from submarine, ships, aircraft or land.