India speeds up work on Chabahar, port likely to be operational by May: Report 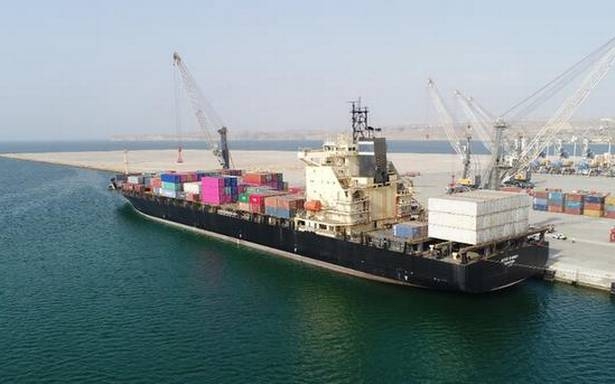 New Delhi: The Chabahar cargo port India has built in Iran is expected to be operational by next month, as the country has accelerated work on the project early this year, says a US Congressional report.

In 2015, India agreed to help develop Iran’s Chahbahar port and an associated railway that would enable New Delhi to trade with Iran, Afghanistan and Central Asia, unimpeded by Pakistan. In May 2016, Prime Minister Narendra Modi visited Iran and signed an agreement to invest USD500 million to develop the port and related infrastructure.

“India largely stopped work on the project until late 2020,” said the Congressioanal Reaseach Service report, even though the Trump Administration gave it the “Afghanistan reconstruction” exception under the Iran Freedom and Counter-Proliferation Act (IFCA).

“It accelerated work in early 2021 and the port is expected to be declared operational no later than May 2021,” said the report.

Ports, Shipping and Waterways Minister Mansukh Mandaviya earlier said he may visit Iran in April or May for the inauguration of full operations at the port.

The CRS report said Iran’s economy is highly integrated into those of its immediate neighbors in South Asia.

“India cites U.N. Security Council resolutions as its guideline for policy toward Iran. During 2011-2016, when U.N. sanctions were in force on Iran, India’s central bank ceased using a Tehran-based regional body, the Asian Clearing Union, to handle transactions with Iran, and the two countries agreedto settle half of India’s oil buys from Iran in India’s currency, the rupee. India reduced its imports of Iranian oil substantially after 2011, but, after sanctions were eased in 2016, India’s oil imports from Iran increased to as much as 800,000 bpd in July 2018—well above 2011 levels. India paid Iran the $6.5 billion it owed for oil purchased during 2012-2016.

“India has not imported Iranian oil since its SRE (significant reduction exception) ended in May 2019,” the report said.

On April 22, 2019, the Trump Administration announced that the US government will not reissue the significant reduction exceptions that have allowed energy companies in India to purchase Iranian oil without being subject to relevant US sanctions. The waivers expired on May 2, 2019.

On April 22, 2019, the Trump Administration announced that the US government will not reissue the significant reduction exceptions (“SREs”) that have allowed energy companies in China, India, Italy, Greece, Japan, South Korea, Taiwan, and Turkey to purchase Iranian oil without being subject to relevant US sanctions. The current waivers will expire on May 2, 2019.

India is also building a railway line from Chabahar to Zahedan, capital of Iran’s Sistan-Baluchestan province, to transport goods to Afghanistan.

The INSTC project, proposed by India, Russia and Iran in 2000, and later supported by 10 other central Asian countries, envisions a 7,200 km-long multi-mode network of ship, rail and road for freight transport, to cut carriage costs and transit time.

The CRS said Iran’s economic relations with Pakistan are less extensive than are its economic ties with India.

One test of Pakistan’s compliance with the sanctions was a pipeline project that would carry Iranian gas to Pakistan – a USD 7 billion project that US officials on several occasions stated would be subject to ISA sanctions. Iran reportedly completed the pipeline on its side of the border but, during Iranian President Hassan Rouhani’s visit to Pakistan in March 2016, Pakistan did not commit to complete the line.

In 2009, India dissociated itself from the project, it said.