In a piece, titled 'Namaste, Shalom To Friendship' in the Times of India, the two ministers said that 4,000 km separate the two countries, but they are cooperating in various fields, including water management, agriculture, innovation and security – through sharing knowledge, projects, “and most importantly, a vision for the future”. 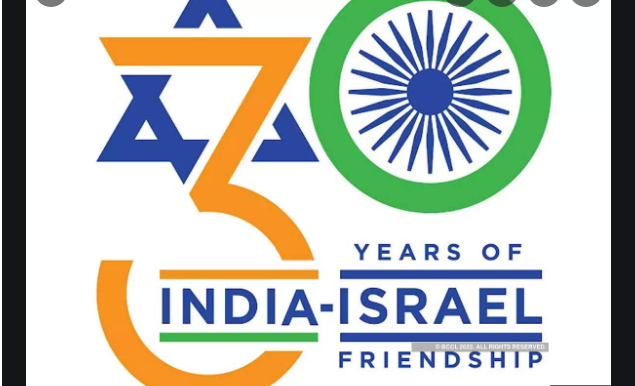 New Delhi: As India and Israel mark the 30th anniversary of the establishment of full diplomatic relations, External Affairs Minister S Jaishankar and his Israeli counterpart Yair Lapid in a joint op-ed on Saturday said that both countries have been blessed with an age-old friendship to deepen their roots together, and will continue to work together so that the special relationship continues to bear fruit long into the future.

In a piece, titled ‘Namaste, Shalom To Friendship’ in the Times of India, the two ministers said that 4,000 km separate the two countries, but they are cooperating in various fields, including water management, agriculture, innovation and security – through sharing knowledge, projects, “and most importantly, a vision for the future”.

“In recent months, along with the UAE and the US, we have partnered in a unique diplomatic dialogue,” they wrote, in a reference to the partnership that was struck in October last year. Referring to the Abrahamic accords, they said: “New relationships in the region are already bearing economic fruit and heralding a strategic change in the Middle East whose ripples are reaching India.

This past year, we harnessed those new relationships into a new quadrilateral group with India, Israel, the UAE and the US coming together to execute joint projects.” “We are two ancient civilisations with great stories, but we are also two young and energetic democracies motivated by openness towards innovation and the ability to connect with other cultures.” They named agriculture as one of the cornerstones of cooperation.

“Israel is at the forefront of identifying innovative solutions to agriculture and water management challenges in India, the scale of which is unprecedented. Together the two countries are operating 30 Indo-Israel Centres of Excellence across India. They provide training to thousands of Indian farmers with advanced agricultural technologies, tailored to their specific needs. In the field of water management, India and Israel are cooperating in technology, knowledge sharing and joint projects.

“Another important element of our relationship is a security cooperation. Here too, our partnership is deepening,” they said, adding that recently the two sides participated together in the Blue Flag Air Force exercise in Israel. “We share operational knowledge and work together to find solutions for regional challenges and in our counter-terrorism. The cross-border terror attack in Mumbai in 2008 was a stark reminder of the common threats we face.

The two ministers said the bilateral economic and trade cooperation is progressing steadily, with India being one of Israel’s most important trading partners. “We are an ideal duo. The industrial capabilities and technological know-how of young Indians, in combination with the unique technological savvy of their Israeli counterparts, bring the tremendous potential for mutual prosperity.”

“Israeli start-ups and entrepreneurs, large Indian companies, programmers and IT specialists are becoming natural partners. Israel is the original Start-up nation, while India has the world’s third-largest start-up ecosystem,” they said, adding that the two sides have set up a fund for advanced technological innovation in water, agriculture, healthcare, energy and communications. Indian students and researchers in Israel are increasing.

Referring to the meeting between PMs Narendra Modi and Naftali Bennett in Glasgow in November and their own meeting in Jerusalem, they said the two sides have agreed to accelerate negotiations on an FTA and to work even more closely in critical areas such as artificial intelligence and quantum computing.