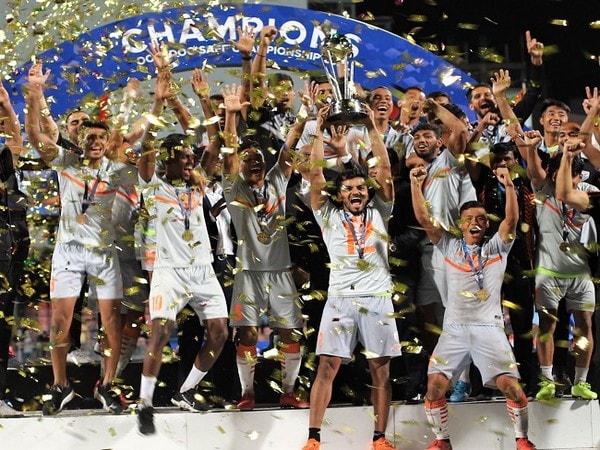 In the first half, the Indian forward line tried hard to score the goal but the Nepalese defenders kept them at bay.

However, in the second half, Chhetri broke the deadlock as he produced a textbook header that helped India score the first goal of the match. This was Chhetri’s fifth goal in as many appearances in the championship to finish at the top of the scoring chart.

After a few minutes, Suresh Singh scored his maiden goal for the Blue Tigers, giving India a 2-0 lead.

Just before the end of the game, super-sub Sahal joined the party, as he produced a superb run beating all the defenders and hit the back of the net from inside the six-yard box, taking India’s goal tally to 3.

Now, Blue Tigers will gear up for the AFC Asian Cup 2021 qualifying third round scheduled to start next year.