India-China talks: No immediate progress on disengagement in Eastern Ladakh

The two sides on Sunday had a frank and in-depth exchange of views in this regard, in keeping with the guidance provided by the state leaders to work for the resolution of remaining issues at the earliest, the Joint Statement added. 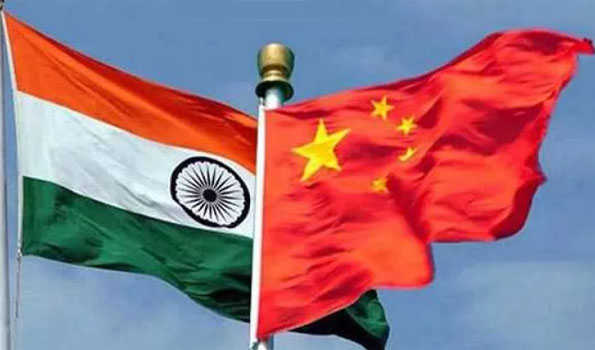 New Delhi: The 16th round of Corps Commander-level talks between India and China have concluded without any immediate progress on disengagement of troops in Eastern Ladakh, sources said on Monday.

A Joint Statement issued by the two countries today said, “The two sides reaffirmed that the resolution of remaining issues would help in restoration of peace and tranquility along the LAC in the Western Sector and enable progress in bilateral relations.”

The two sides on Sunday had a frank and in-depth exchange of views in this regard, in keeping with the guidance provided by the state leaders to work for the resolution of remaining issues at the earliest, the Joint Statement added.

It further said that the two sides agreed to maintain the security and stability on the ground in Western Sector and also agreed to stay in close contact and maintain dialogue through military and diplomatic channels and work out a mutually acceptable resolution of the remaining issues at the earliest.

The talks, which began at around 9:30 am on Sunday on the Indian side at Chushul Moldo border meeting point, concluded at around 10 pm.

Sources said that India pressed for disengagement at Patrolling Point 15 in Gogra Hot Springs area to ensure de-escalation in Eastern Ladakh during the talks.

In the 15 rounds of talks held so far, the areas that still remain to be resolved in Eastern Ladakh are PP15, Demchok and Depsang, where the Chinese have remained adamant.

Notably, the talks on Sunday were held even as the Chinese Air Force reportedly embarked on an aggressive defence exercise across the border in Tibet region. There has also been instances when the PLA Air Force fighter jets flew close to contested areas in late June, triggering responses from the Indian side.

The lingering border standoff in Eastern Ladakh has entered in its third year and a full resolution is still not in sight.

The two sides, however, had partial success in disengagement of soldiers in some friction areas along the Line of Actual Control (LAC).

More than 50,000 soldiers continue to be deployed on both sides of the Line of Actual Control. Altering the May 2020 status, the PLA has also carried out construction of infrastructure near the LAC to ensure long survival of troops in the high altitude area.