With six titles to its name, India has been the most successful team in Women’s Asia Cup history. 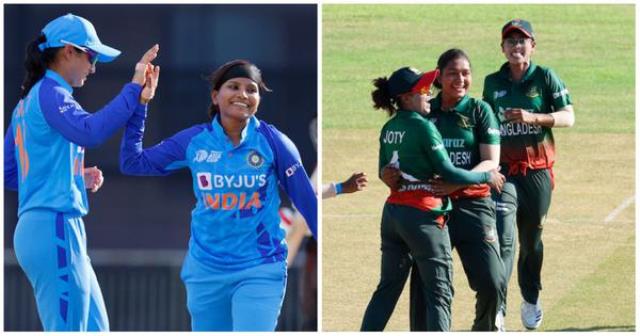 Sylhet: The final of this year’s Women’s Asia Cup will see India square off against Sri Lanka at the Sylhet International Cricket Stadium in Bangladesh on Sunday.

India won three consecutive games to open their tournament before losing to Pakistan. However, the Women in Blue got back to winning ways and asserted their dominance, eventually sealing their spot in the semi-finals after a comprehensive win against Thailand.

Sri Lanka made it to the final of the tournament after a nail-biting encounter with Pakistan in the semi-finals. They now have an opportunity to replicate the Asia Cup accomplishments that their male counterparts achieved last month. Sri Lanka has made it to the summit clash on four of the seven editions of the tournament, losing to India on all four occasions.

India Women have had a strong run in this year’s Women’s Asia Cup.

They finished top of the table in the group stages and cruised to victory in the semis against Thailand. After losing the final to Bangladesh in the 2018 edition of the tournament, Harmanpreet Kaur and Co. will be looking to clinch the trophy this time around.

With six titles to its name, India has been the most successful team in Women’s Asia Cup history.

The Sri Lankan team, led by Chamari Athapaththu, started their Women’s Asia Cup 2022 campaign with a loss against India but came back strongly to win their next four games.

In the semi-finals against Pakistan, the Island nation sealed a thrilling one-run win thanks to their bowling department that managed to stifle Pakistan in the death overs.

The final of this year’s Women’s Asia Cup will be an exciting game, with both teams on a good run of form and high on confidence.