He said that in the sphere of technology, the emphasis on trust and transparency makes India and Africa natural partners – in reference to the doubts expressed globally regarding China’s intrusive technology. 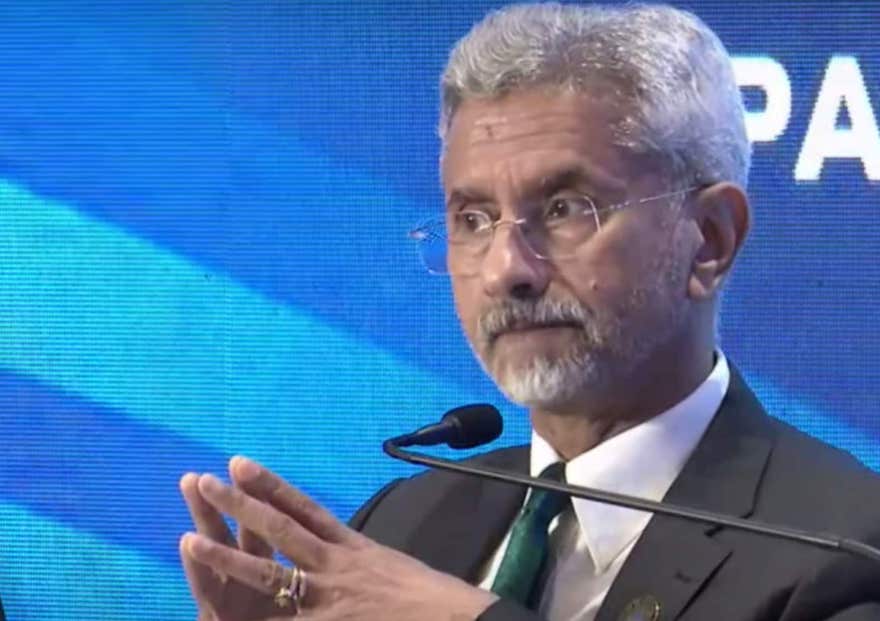 New Delhi: While stressing on the multi-faceted and deep rooted nature of the India-Africa relationship, External Affairs Minister S Jaishankar on Tuesday said that the two sides closed ranks to confront the once-in-a century pandemic, and they must now respond to today’s uncertain world, including the knock-on effects of the Ukraine conflict, and come together in the building of reliable and resilient supply chains.

Addressing the gathering at the launch of the book ‘India-Africa Relations: Changing Horizons’ by Ambassador Rajiv Bhatia, at the ICWA, the EAM also referred to the UNSC aspirations of Africa, and said both “share the frustration of international organizations being unrepresentative of contemporary reality”.

“Today, our ties too must respond to the volatile and uncertain world that we confront. There are important lessons to be learnt from the pandemic disruption. The stresses from the knock-on effects of the Ukraine conflict are also relevant. India and Africa can come together in the building of reliable and resilient supply chains. They are important hubs in the decentralized globalization that is so needed by the international community.”

He said that in the sphere of technology, the emphasis on trust and transparency makes India and Africa natural partners – in reference to the doubts expressed globally regarding China’s intrusive technology.

The EAM said India’s own vision of cooperation with Africa will increasingly centre around “health, digital and green growth”, as India believes that these are Africa’s priorities too.

Referring to climate change and India’s two green initiatives the International Solar Alliance and the Coalition for Disaster Resilient Infrastructure, he said that India considers Africa as critical to the two important international initiatives.

“When it comes to political issues, we share the frustration of international organizations being unrepresentative of contemporary reality. That this has made them increasingly ineffective is of little consolation. India believes that Africa must have an adequate presence and voice in global decision-making, including in the reformed UN Security Council.

“And in turn, we count on Africa to stand up for a partner with whom it has a past, a present and a future” – in reference to India’s depth of work in Africa.

“When it comes to the critical issues of our times – climate justice, SDGs achievement or combating terrorism– our multilateral partnership will continue unabated. India believes that Africa’s growth and progress is intrinsic to global rebalancing. Its enormous demographic dividend must be realized. Indeed, it is only when this continent attains its true potential that the world will really become multipolar,” he stressed.

Earlier, in his address the EAM said that the steadily developing relationship between India and Africa that existed prior to 2014 “was rapidly taken to a much higher level once Prime Minister Narendra Modi came to the helm of affairs in India”.

“His interest in Africa reflects the extensive contacts that Gujarat, his home state, which I also represent in the Parliament, has had with the continent. But it also speaks for his perspectives on greater equity and sustainable development in the world, mirroring his domestic commitment to a just, fair and inclusive society.

“The contemporary Indian thinking on our ties were spelt out by his address to the Ugandan Parliament in July 2018….The guiding principles that he articulated addressed issues that confront all African countries and define India’s approach to partnering with them. In essence, he emphasised that India would respond to Africa’s priorities, to Africa’s demands and needs, rather than bring a unilateral agenda. We understand that Africa wants multiple options to get the best out of the international order and will endeavour to provide that credibly. To that end, we are also open to working with third countries,” he said, in reference to recent initiatives with the West on working together in Africa in infrastructure building and connectivity.

He said that PM Modi did not just bring in new thinking and energy to ties with Africa, “he has also devoted a much higher degree of attention, resources and capabilities to this account”.

These include high-level visits with 34 outgoing visits from India, and the opening of 18 new Embassies since 2018, taking our total Missions and Posts in the continent to 49.

The India-Africa Forum Summit (IAFS) was elevated through an expanded format in 2015 that saw the presence of all African states, 41 of them at the level of Heads of State or Heads of Government. “The Covid pandemic interrupted the natural progression of this momentum of cooperation and it is today our shared challenge to pick up the threads,” he said.

On Development partnership and capacity building, he said it lies at the core of the relationship. “To date, India has completed 189 projects in Africa, with 76 at the execution stage and 68 today at the pre-execution stage. Financed by lines of credit with an outlay of over USD 12 billion, they extend to over 41 countries.”

These include the Railway line and Presidential Palace in Ghana, National Assembly Building in Gambia, the Rivatex textile Factory in Kenya, the Metro Express project in Mauritius and the Mahatma Gandhi Convention Centre in Niger.

On trade, he said India is the fourth largest partner for Africa registering trade of USD 69.7 billon during 2018-19. He said the African Continental Free Trade Area (AfCFTA) which came into force in January 2021 “is expected to enhance our trade volumes. African producers have the potential of taking full advantage of India’s growing energy and food demands. Indeed, we already have a tradition of sourcing lentils from eastern and southern Africa that we expect to expand.”

Referring to the Indian diaspora he said they can play a crucial bridging role in the field of economic engagement.

“The diaspora is estimated to be three million strong today, spread across 46 countries. The largest concentration is at present in South Africa, Mauritius, Kenya, Uganda, Tanzania, Malawi and Mozambique. To boost people-to-people links, India now extends e-Visa facilities to 33 African countries. India has also emerged as an attractive destination for medical tourism.”