IIT-Madras adjudged No.1 in ARIIA rankings

As many as 1,438 Higher Education Institutions (HEIs) (including all IITs, NITs, and IISc, among others) participated in the third edition of ARIIA rankings as compared to 674 HEIs last year. 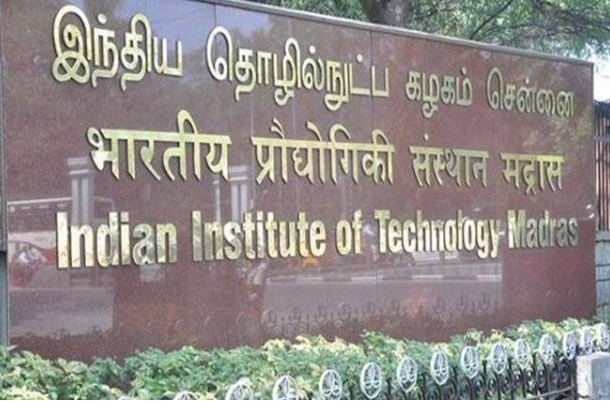 Chennai: The Indian Institute of Technology-Madras (IIT-M)
has been recognized as the Most Innovative Educational Institute in India for the third consecutive year.

It has been ranked #1 in the Atal Ranking of Institutions on Innovation
Achievements (ARIIA) launched by the Innovation Cell of the Union Ministry of Education.

As many as 1,438 Higher Education Institutions (HEIs) (including all IITs, NITs, and IISc, among others) participated in the third edition of ARIIA rankings as compared to 674 HEIs last year.

This edition of ARIIA has a special framework for non-technical institutions which will further strengthen the innovation and entrepreneurial ecosystem in our education institutions.

Congratulating all the top performers in various ARIIA ranking categories, Dr Subhas Sarkar, said: “we need to give a huge push to innovation and entrepreneurship within our educational institutions and ARIIA is one major initiative in that direction.”

“The ARIIA Ranking will prepare our Higher Educational Institutions to position themselves in major international educational rankings and I would like to see ARIIA Rankings go global as innovation and entrepreneurship has become an integral part of the education system across the globe”, he said.

Dr Subhas Sarkar said “Innovation and entrepreneurship in the campuses should be linked to commercialisation and technology transfers. More than quantity, the Institute should focus on the quality of innovations and research. This will help us to achieve the Atma Nirbhar Bharat in the true sense.”

“I appreciate the efforts of all the other Institutions and request them to continue following this path of innovation and entrepreneurship promotion so that all our educational institutions eventually emerge as hotbeds of great, world-class ideas. Your participation in ARIIA Rankings highlights the seriousness you assign to innovation and entrepreneurship”, the Minister said.

Dhaka, Bangladesh capital is 2nd most polluted city in world