Scores of dead fish were found floating on the Dighalipukhuri tank in Guwahati on Sunday, the dead fish weighed about 600 kilogram. 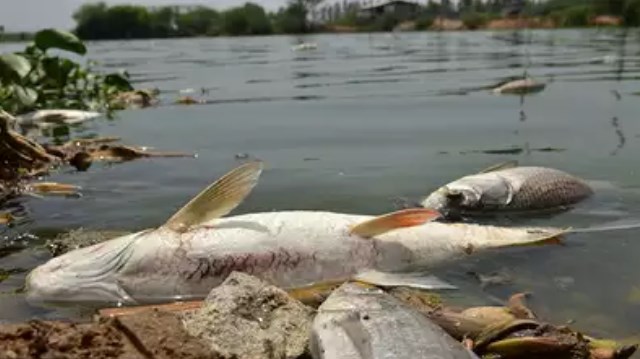 Guwahati: Dissolved oxygen depletion in the historic Dighalipuhuri lake in heart of Guwahati led to the death of scores of fishes, which were found floating in the lake creating panic among the masses.

Scores of dead fish were found floating on the Dighalipukhuri tank in Guwahati on Sunday, the dead fish weighed about 600 kilogram.

Officials of the fisheries department after examination of the collected samples of the dead fish and the waterbody found that dissolved oxygen depletion in the tank coupled with high organic load were the causes behind the deaths of fish.

“Fish mortality was due to sudden dip in oxygen level and high organic load in the tank. Departmental officers after examination found deaths of fish not due to poisoning but environmental degradation,” said Parimal Suklabaidya, Environment and Forest Minister.

The department, as a short term measure, increased the oxygen level in water by showering water through pump and creating wave action through mechanised boats.