HP CM was forced to admit that inflation was the reason for defeat: Abhishek

Rana said that the common man was suffering and facing various problems which have always been ignored by the BJP government of the state. 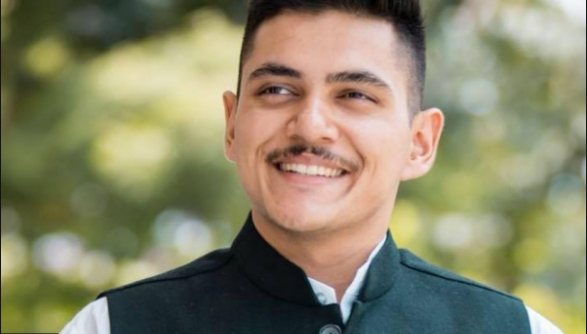 Hamirpur (HP): The Social media wing of the HP Congress party has said that after losing all the four by-elections in the state, Chief Minister Jai Ram Thakur had been forced to admit that inflation was the main root cause of the defeat of the party in the elections.

In a statement today, Congress Social Media President and spokesperson Abhishek Rana said that after the crushing defeat in the by-elections, Chief Minister Jai Ram Thakur is forced to face big issues like unemployment and inflation. Now the Chief Minister was forced to admit that their defeat was due to over-enthusiasm and infighting in the party besides inflation, said Rana.

He said, “It is clear that the Chief Minister is blaming his own party and workers without taking responsibility for the defeat. Here the BJP government of the state should understand that the reason for this defeat is neither over-enthusiasm nor the sympathy of the people towards the Congress, but the people have chosen the right one and have chosen the progress of their region because the BJP government has failed to accelerate the pace of the progress in the state”.

Rana said that the common man was suffering and facing various problems which have always been ignored by the BJP government of the state. “The defeat in the by-elections is a message that the people of Himachal are upset with the double engine government and are also unhappy with their policies. In the 2022 elections, its full result will be shown to the Jairam Thakur government by the people of the state.”

He claimed that in the coming elections, the Congress government would be formed in Himachal Pradesh with a massive mandate as the people want the progress of the state and that was possible only when the Congress party would be in power.