A Division Bench of the high court comprising Chief Justice Indrajit Mahanty and Justice Subhashish Talapatra ordered the state to file the affidavit mentioning the stage of the investigation underway and also as to whether any accused has been apprehended so far. 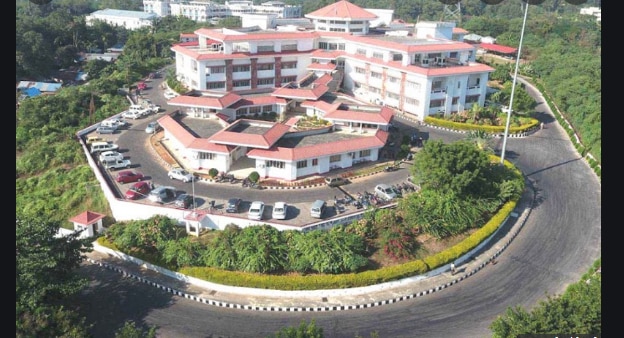 Agartala: The High Court of Tripura took suo-moto cognizance of the recent spate of communal violence in the state and directed the Biplab Kumar Deb government to file an affidavit before November 10, detailing the preventive measures taken and its plans in handling to bring the situation under control.

A Division Bench of the high court comprising Chief Justice Indrajit Mahanty and Justice Subhashish Talapatra ordered the state to file the affidavit mentioning the stage of the investigation underway and also as to whether any accused has been apprehended so far.

The court advised the state to consider forming peace committees not only at district levels but also at sub-divisional levels and if necessary at panchayat levels as well and call upon all political parties to participate fully in the peace process to restore the confidence of the people.

Tripura Police have so far registered as many as 14 cases in connection with the communal hatred that sparked soon after the attacks on Durga puja pandals, and minority Hindu communities and temples in Bangladesh since Oct 13.

Two specific cases were registered in Panisagar police of North Tripura on October 26 following attacks on minority Muslims during a Viswa Hindu Parisad (VHP) rally but nobody has been arrested so far in any of the cases. Notices have been served to two persons.

According to a report, the VHP had organised a protest rally on Panisagar-Damcherra road against vandalism in Bangladesh with about 3,500 supporters on October 26 afternoon. During the protests, three shops and three houses of Muslims were allegedly damaged near the Rowa bird sanctuary. Besides, alleged damage to a mosque, theft of property and outraging the modesty of women.

The high court appreciated the role of the media at large, in particular the print media who appeared to have taken up a very active positive role in trying to restore peace and order in the state, and mentioned, “We assert that the media shall remain vigilant at all times and continue discharging its duty in a responsible manner which it has already exhibited.”

The court, however, expressed displeasure over some motivated social media posts and asked the government to initiate appropriate action against all such social media platforms in order to ensure that such false, fictitious and fabricated news or visuals do not come in future and even if they do so that they are removed at the earliest opportunity.

The bench also directed the state to take urgent action to compensate the livelihood of persons who have lost their source of income at the earliest. The Chief Minister had directed the officials concerned to immediately see the compensation as deemed appropriate is granted to victims.