The party also called the ruling dispensation "anti-farmer" and asked it not to "humiliate" the farmers. 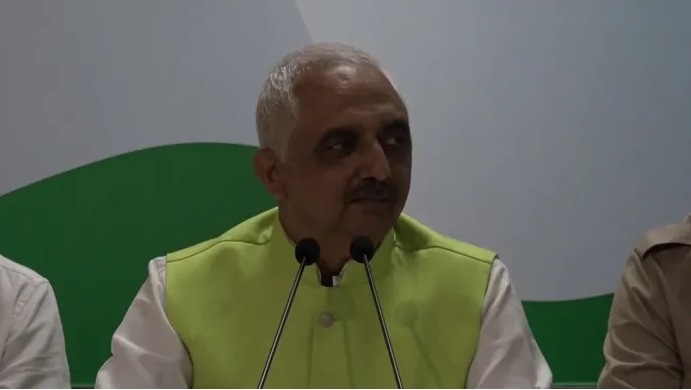 New Delhi: The Congress on Thursday launched a scathing attack on Narendra Modi-led government at the Centre over PM-Kisan Samman Nidhi claiming that notices are being sent to farmers across the country to return the money they received under the said scheme citing that they do not fulfill the criteria.

The party also called the ruling dispensation “anti-farmer” and asked it not to “humiliate” the farmers.

Addressing a press conference here, Congress spokesperson Akhilesh Pratap Singh said, “Before the 2019 Lok Sabha elections, the present government started ‘Kisan Samman Nidhi Yojana’ to give relief to the farmers. During that time the government hurriedly transferred Rs 500 monthly into the bank accounts of farmers by ignoring the criteria. It had given full publicity then and benefitted from the scheme in the general election.”

He claimed that notices are being sent to farmers across the country, including UP, to return the money stating that they were ineligible, and added that as per media reports, the number is around two crores.

“This government is anti-farmer. It should stop humiliating the farmers. We demand immediate withdrawal of the notices sent to farmers,” the Congress spokesman said.

Accusing the BJP of favoring some industrialists, Singh said, “This government is not farmers ‘Mitra’ (friend), but it is a friend of few industrialists.”