Govt ran away from Parliament: Congress

"Did they not know there were going to be two holidays this week when they made the schedule?" Congress MP Gaurav Gogoi said. 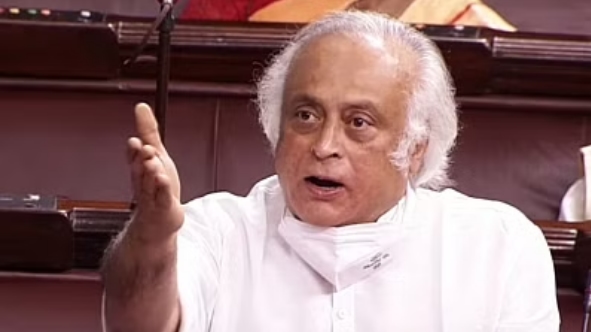 New Delhi: Congress on Tuesday slammed the government for adjourning the Monsoon Session of Parliament four days ahead of its schedule and said the ruling dispensation was running away from questions raised by the Opposition.

Congress leader Jairam Ramesh said the entire Opposition wanted to run the House on August 10 and 12, even though August 9 was a holiday on account of Muharram and August 11, for Rakhi.

“Did they not know there were going to be two holidays this week when they made the schedule?” Congress MP Gaurav Gogoi said.

“BJP is running away from debate,” said Ramesh.

“When we pulled them up over price rise, govt could give no answers.

“Finance Minister couldn’t see the price rise. Though the RBI governor himself said inflation today is in an unacceptably high range. Our Finance Minister talked about Sri Lanka, Ukraine, but nothing about steps taken for controlling price rise,” said Gogoi.

“When we ask questions we are suspended”.

“In question hour we get to hear threats not reply. The Corporate Affairs minister used unparliamentary language yesterday. After the House was adjourned, their MPs misbehaved with Sonia Gandhi. They want to make the Parliament ‘hollow’.”

Ramesh said the government listed 32 Bills for the session, and then “Parliament adjourned ahead of schedule even as there was business. Why?”

“On July 17 we raised 13 issues on which we wanted a debate. We were hoping 6-7 will be taken up. Only one issue was discussed, after two weeks and due to Opposition’s pressure,” Jairam Ramesh said.

Ramesh added that Congress will continue to raise people’s issues inside and outside Parliament.

Both Lok Sabha and Rajya Sabha were adjourned on Monday, four days ahead of schedule. The Monsoon Session of Parliament started on July 18 and was supposed to end on August 12.