From Rs 2 cr to Rs 18 cr in minutes: Congress on Ayodhya ‘land grab’

Gandhi said BJP and RSS leaders and some members of the Trust were involved in "looting" money donated to the Trust by people. 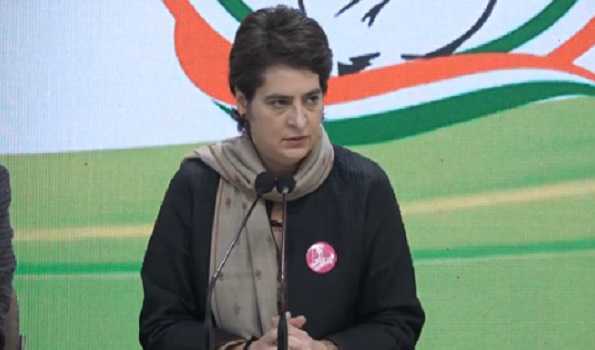 The Congress leader said property worth Rs 2 crores was sold by the Trust for over Rs 26 crores.

Gandhi said BJP and RSS leaders and some members of the Trust were involved in “looting” money donated to the Trust by people.

“Money from the Ram Mandir Trust is being misused. People have donated to the trust from their savings. It is a loot of the donation money,” Priyanka Gandhi said.

The Congress leader accused the BJP of hurting public sentiments.

“It is the moral responsibility of not just CM Yogi Adityanath but also of Prime Minister Narendra Modi. Money donated by people out of their savings is being misused,” she said.

Shri Ram Janmabhoomi Teerth Kshetra is a Trust set up in February 2020 to oversee and manage the construction of a grand Ram temple in Ayodhya based on a Supreme Court verdict.

Uttar Pradesh Chief Minister has ordered an inquiry into the land transactions and sought a report within a week.

Gandhi said the inquiry to be done by a District Magistrate might not be fair as a Mayor is a witness in one of the deals and those involved in the purchase and sale of land have links to the BJP and RSS.