Meanwhile, the city council has allowed men to wear Bermuda shorts which is not usually allowed. 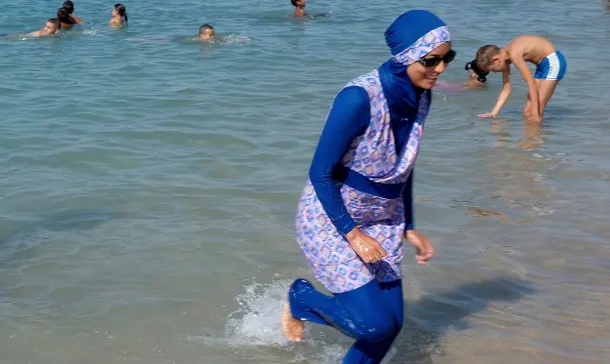 Paris: Ahead of the hearing on the ban on ‘burkini’ in Frances’s highest administrative court on Tuesday, Interior Minister Gérald Darmanin termed Grenoble city council’s swimwear policy as an “unacceptable provocation” and contrary to French secular values.

According to BBC, the city of Grenoble has gone to France’s highest administrative court to challenge a ban imposed on a new city rule allowing full-body ‘burkini’ swimsuits, which are largely worn by Muslim women, in public pools.

The city’s decision to authorise all kinds of swimwear, including ‘burkinis’, has caused a legal battle with the government.

Last month, a local court in Grenoble suspended the policy saying that it undermined the principle of neutrality in public services.

Besides challenging the ban on ‘burkini’, the city council will also try to overturn the rule of men wearing tight-fitting swimming trunks.

French opposition to the ‘burkini’ stretches as far back as 2016 when several local municipalities attempted to outlaw it on beaches for violating the country’s strict separation between religion and the state, BBC reported

While in France the state officials are not allowed to wear their religious emblems at work, Grenoble Mayor Eric Piolle says that this rule should not stop people in public places such as swimming pools, from dressing as they wish.

Meanwhile, the city council has allowed men to wear Bermuda shorts which is not usually allowed.

His moves to relax the swimwear rules have met opposition from the national government, which invoked a law last year to combat ‘Islamist separatism’.

The court will be delivering its ruling in the coming days.