Health Minister Ma Subramanian said the government has set a target of 1.50 crore inoculations for October and the state has 31.50 lakh doses on hand for the day. 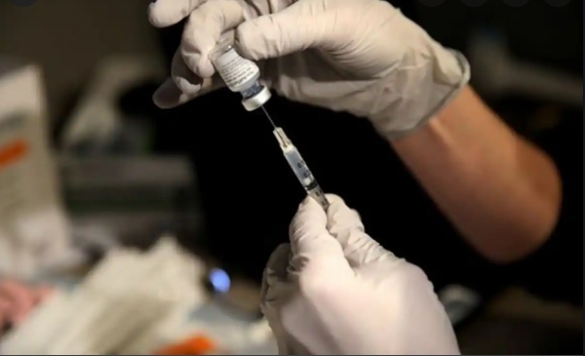 Chennai: Buoyed by the success of the mega camp organised during
last three Sundays during which more than 70 lakh people were inoculated, the Tamil Nadu government today conducted the fourth camp targetting to vaccinate 15 lakh people across the State in a bid to prevent the possible emergence of a third
wave.

Ever since the vaccination started at 0700 hrs, there has been a brisk turnout in the more than 20,000 booths set up by the government.
Exuding confidence of exceeding the target for the fourth week in a row, Health department officials said close to ten lakh people were vaccinated by 1400 hrs.

Health Minister Ma Subramanian said the government has set a target of 1.50 crore inoculations for October and the state has 31.50 lakh doses on hand for the day.

For October, the Union government has agreed to give 1,23,09,370 doses for Tamil Nadu. The vaccination percentage increases every week. As per World Health Organisation guidelines, if any State vaccinates 75 per cent or more of its population, it is meant to
be safe from COVID spread. “We have already exceeded 60 per cent and are expecting to reach 75 per cent by the
end of this month”, he added.

He said a study of the COVID fatalities reported in the state during the last two months revealed that 90 per cent of deaths had occurred among people who were not vaccinated. He also said that vaccination is a must to prevent fatalities and also to prevent the outbreak
of a possible third wave.

Thanks to the massive vaccination drive launched by the state government, the daily caseload, which was higher in some districts, including the Western region of the state, has started declining.
“The number of corona cases in Western districts in the last few days indicated that the numbers are reducing”, Dr Radhakrishnan said.

In the first camp held on September 12, the government targeted to inoculate 20 lakh people. Surpassing the target a total of 28,91,021 people were vaccinated with 21,48,526 getting the first dose and 7,42,495 getting the second dose.

In the second camp held on September 19, the 15 lakh vaccination target was surpassed again with a total of 16,43,879 people getting vaccine jabs. This included 10,85,097 first dose vaccines and 5,58,782 jabs. And for the third week in a row, the state government has exceeded the 15 lakh target on September 26. Tamil Nadu had administered 9.85 lakh more doses over and above the target of 15 lakh jabs with the number of doses delivered crossing the 24 lakh mark.

Besides mobile camps were also organised to target the moving population. Chief Minister M.K.Stalin has already requested Prime Minister Narendra Modi to provide additional 50 lakh doses of COVID vaccines to the State every week to cover the eligible uncovered population by October 31.