The AMWJU condoled the death of the senior journalist at Press Club Sunday. 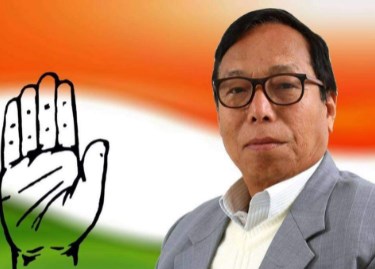 Imphal: Former Congress minister W Brajabidhu and former President of All Manipur Working Journalist Union (AMWJU) S Hemanta were among those who succumbed to the Covid pandemic as the state recorded the highest single-day spike on Saturday.

Congress President Govindas Konthoujam Sunday said in a condolence message that the Congress party is engulfed in deep sorrow and sadness at the sudden demise of Congress leader and former Minister W Brajabidhu Singh. He began his political career as a grassroot Congress worker in the year 1970. He represented Lamshang Assembly Constituency as Congress MLA in the years 2002, 2007, and 2012. During this period, he served as a Minister in charge of Minor Irrigation & CADA from 2002 to 2005.

The Congress President said W. Brajabidhu Singh was a committed social worker, a true friend of the poor an entrepreneur and a political stalwart who worked tirelessly for the people. He had a firm belief that development could take place only when the grassroot people are fully participated in the programme designed for their benefits.

His untimely demise is an irreparable loss not only for the Congress Party but also for the whole State of Manipur. In recognition of his sacrifice and dedication, the party flag remains half-mast as a symbol of respect to the departed Congress leader.