The Directorate of Enforcement attached his assets worth Rs 3.68 crore, including a flat and plots in New Delhi, Panchkula and Sirsa in 2019. 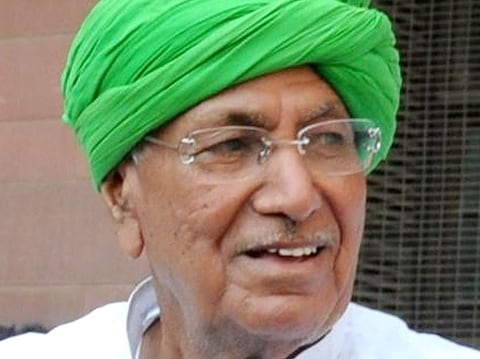 The Central Bureau of Investigation (CBI) filed a chargesheet against Chautala on March 26, 2010 by submitting that between 1993 and 2006 he amassed assets worth over Rs 6.09 crore, far exceeding his known sources of income.

The Directorate of Enforcement attached his assets worth Rs 3.68 crore, including a flat and plots in New Delhi, Panchkula and Sirsa in 2019.

CBI Special Judge Vikas Dhull, after hearing arguments and considering the documents and records, convicted Chautala on May 23.

Counsel for Chautala sought a lenient view by submitting that he was 90 per cent physically disabled and was also suffering from an infection in his lungs, couldn’t even change his clothes on his own and constantly needed an attendant to even move around.

He said the sentence he served in an earlier teachers recruitment scam should also be considered.

The prosecution opposed the plea of Defense counsel by submitting that any lenient view from the court while awarding punishment shall send a wrong message in the society.