For the third straight day, Rajasthan continues to be the coldest state 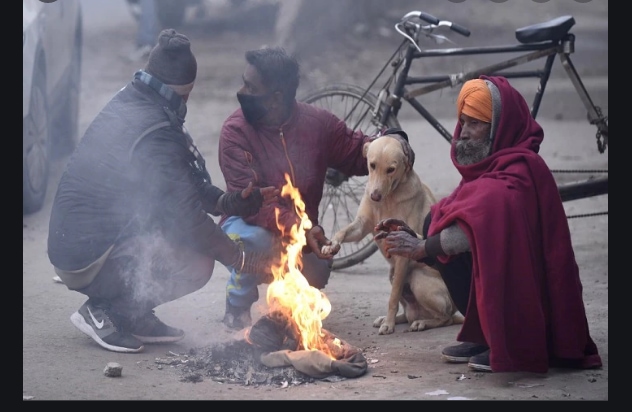 Pune: The lowest minimum temperature of 4.5°C was recorded at Churu in west Rajasthan, the IMD said on Thursday.

For the past two days, the western state of Rajasthan has been recording chilling temperatures.

Night temperatures were appreciably above normal (3.1°C to 5.0°C) at most places over Rayalaseema; at many places over Tamil Nadu, Puducherry and Karaikal; at a few places over Gujarat State, Andaman, Nicobar Islands, Sub Himalayan West Bengal, Sikkim, Assam, Meghalaya, Arunachal Pradesh and Bihar.

Night temperatures were above normal (1.6°C to 3.0°C) at most places over Konkan, Goa, Karnataka, Kerala and Mahe; at many places over Punjab; below normal (-1.6°C to -3.0°C) at isolated places over Jammu-Kashmir and Ladakh, Gilgit, Baltistan, Muzaffarabad, Rajasthan and near normal over rest parts of the country.

During the same time period, following visibility (in meters) was recorded at Silchar-200; Mandi, Ambala, Fursatganj, Khajuraho, Varanasi and Kailasahar-500 each.

Rain or thundershowers have occurred at a few places in coastal Andhra Pradesh and at isolated places in Arunachal Pradesh, Nagaland, Manipur, Mizoram, Tripura, Odisha, Rayalaseema, Tamil Nadu and Kerala.