The IAF flew more than 100 sorties in An- 32s, ALHs, Mi-17s and Chinooks. The relief material was airlifted from Guwahati and Johrat to Silchar by An-32s. 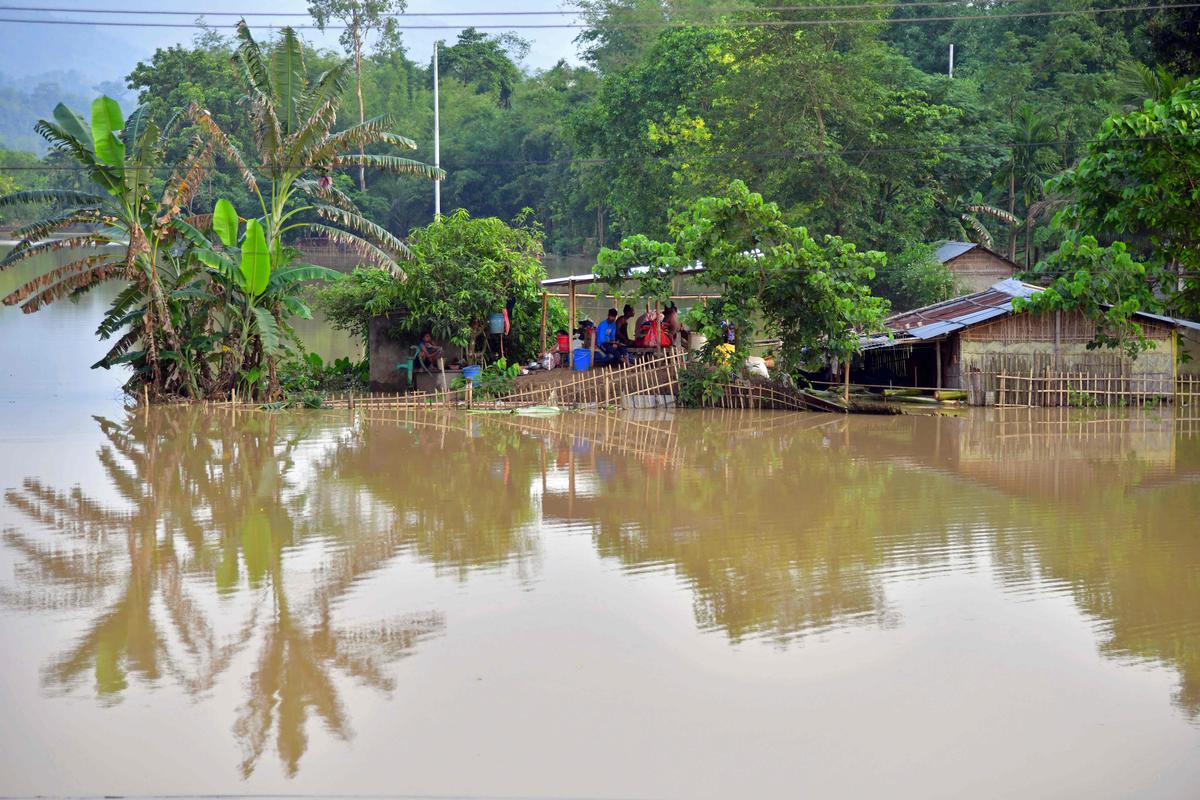 Shillong: The Indian Air Force (IAF) has flown more than 100 sorties for the aerial rescue of several thousand people marooned in floods and carrying of relief materials in Assam’s Dima Hasao district, a defence official said on Wednesday.

Unseasonal heavy rainfall in the Dima Hasao region over the past few days resulted in landslides, damaged roads, railway bridges and water logging over the railway lines disrupting life in the district of Assam. The Indian Air Force (IAF) was approached to undertake immediate humanitarian assistance and disaster relief (HADR) mission to rescue passengers from stranded railway stations and airlift people from flood effected region.

He said the IAF flew more than 100 sorties in An- 32s, ALHs, Mi-17s and Chinooks. The relief material was airlifted from Guwahati and Johrat to Silchar by An-32s.

He said a total of 474 people were rescued from inhospitable areas and brought to safety while nearly 75000kg of relief supplies including food items and diesel were air supplied to far flung villages, providing much needed immediate relief to the people of Dima Hasao district.

“An aerial reconnaissance of power lines by helicopter was also undertaken to help the state Govt in quick assessment and restoration of power supply to affected areas,” Wing Commander Sreeprakash said.