He said that the number of suspected cases across the country increased by almost 10 percent over the past week. 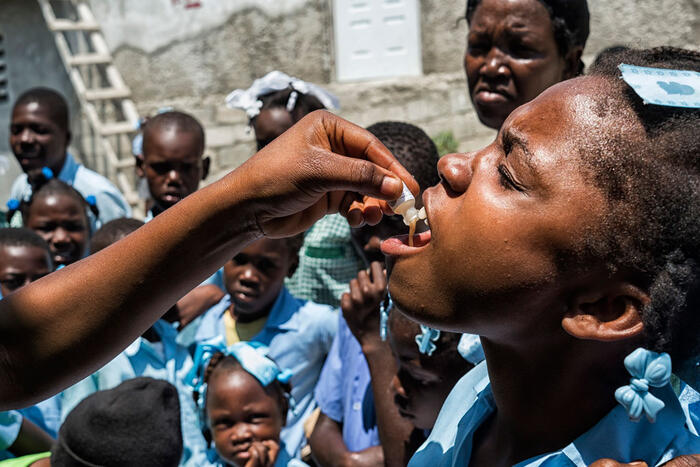 United Nations: A UN spokesman said that almost 1.2 million doses of oral vaccines to fight a cholera outbreak in Haiti have arrived in Port-au-Prince.

“The vaccination campaign is expected to start on Sunday,” said Stephane Dujarric, the chief spokesman for UN Secretary-General Antonio Guterres on Tuesday, citing the Pan American Health Organization (PAHO). “The first people to receive the vaccine will be located in some of the most vulnerable neighborhoods of the capital as well as in the commune of Mirebalais, in the North.”

He said that the number of suspected cases across the country increased by almost 10 percent over the past week.

“There are over 14,000 suspected cases as of two days ago,” the spokesman said. “Port-au-Prince is still the most impacted area but confirmed cases are, unfortunately, growing in other places.”

Dujarric said that the United Nations continues to support the government-led fight against the disease.

He said PAHO has worked with national and international partners to establish 70 cholera treatment centers in impacted communities. Rapid response teams are also being set up in all 10 departments of Haiti to follow up on alerts and address water, sanitation and hygiene issues.

Dujarric said the World Health Organization recommends using the oral vaccine, in combination with other measures, particularly water, sanitation, and hygiene interventions, to prevent the spread of cholera.