The draw will start with Row 4 of each Pool, involving the following teams: South Africa, Wales, Japan, and Chile. 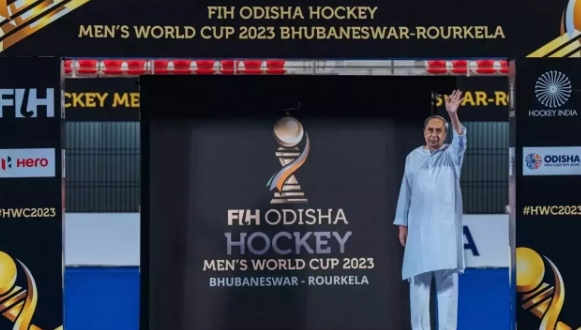 Lausanne: The International Hockey Federation (FIH) announced that the draw ceremony to determine the pools of the upcoming FIH Hockey Men’s World Cup 2023 in Bhubaneswar – Rourkela will be held on September 8 in Odisha.

The draw ceremony will take place at the Convention Centre, Lok Sewa Bhawan at 12 noon IST.

The tournament will be held from January 13 to 29, 2023, and involve 16 participating national teams.

These include India, as the hosts of the competition, whilst Malaysia, Japan, and Korea are the other Asian teams. Africa is represented by South Africa, the recent winner of the Africa Cup of Nations.

Argentina and Chile are the two American teams that have booked their ticket for the prestigious tournament, while Australia and New Zealand, from Oceania, complete the draw.

The draw will be conducted by FIH CEO Thierry Weil, with the Chief Minister of Odisha, Naveen Patnaik also in attendance.

The four top teams which include host India, Australia, Belgium, and the Netherlands will be placed on the first row of their corresponding Pools based on the FIH World Rankings as of 1 June 2022.

The draw will start with Row 4 of each Pool, involving the following teams: South Africa, Wales, Japan, and Chile.

It will then continue with Row 3 of each Pool (involving Spain, Malaysia, France, and Korea) and conclude with Row 2 of each Pool (with Germany, England, Argentina, and New Zealand).

In the previous edition, in 2018, Belgium claimed the title by winning the final against the Netherlands, while Australia wrapped up the podium places, finishing third.