The court was hearing a petition, seeking a direction for the removal of the protestors from the Delhi border. 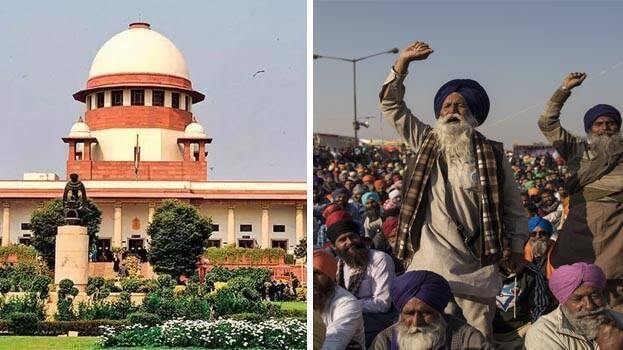 New Delhi: The Supreme Court on Thursday said farmers have the right to protest, but they cannot block roads indefinitely.

The court was hearing a petition, seeking a direction for the removal of the protestors from the Delhi border.

The plea, filed by one Monicca Agarwaal, submitted that people were facing a lot of inconvenience due to the road blockade, and cited an apex court judgement that stated a protest cannot be held at a public place.

A bench, headed by Justice Sanjay Kishan Kaul, said, “The farmers have the right to protest but cannot keep roads blocked indefinitely for that.”

During the hearing, one of the farmers’ unions told the court that it is the police and not the protesting farmers, which have blocked the roads.

“The law is clear. You have a right to agitate but the roads cannot be blocked. Why has the blockade taken place, how has it taken place, it has to be resolved,” the court said.

Solicitor General Tushar Mehta, who appeared for the Centre, referred to the Republic Day violence this year, and said this happened despite the farmers’ unions giving an undertaking that there will be no violence during the tractor rally on January 26.

The court asked the farmers’ unions, including Samyukta Kisan Morcha (SKM), to file their detailed responses within four weeks on the petition, and posted the matter for further hearing to December 7.