China ranked second in terms of exports value during the April-July period. 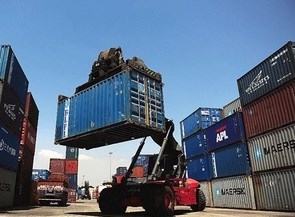 New Delhi: Merchandise exports to China seem to be galloping with 41 per cent of the US$ 22 billion FY22 targets achieved in the first four months of the fiscal. Experts attributed the high growth to the rise in prices of raw materials and strong demand for items such as steel, chemicals, cotton and cotton yarn.

Among the country’s top 10 trading partners which include the US, UAE, Singapore, Bangladesh, UK, Hong Kong, and Germany, this is the highest run rate. China ranked second in terms of exports value during the April-July period.

As per official data, total exports to China stood at US$ 8.9 billion in the April-July period of the current financial year. Compared to China, the exports to the UAE, India’s second largest trading partner, was US$ 8.8 billion during this period thus achieving 25per cent of the target set for the full financial year.

Total exports to the US, India’s largest trade partner, stood at US$ 23.3 billion in April-July of FY22 accounting for 34 per cent of the full fiscal target.

“Over a period time China has been able to give more market access (to us). So, our exports have been doing very well. Other than marine products, almost all other items have recorded growth. This increase can be generally explained with the increase in the prices of the raw material and growth in the exports of raw materials like steel, chemicals, cotton, cotton yarn,” said Ajay Sahai, DG and CEO, Federation of Indian Export Organisations (FIEO).

Commerce and Industry Minister Piyush Goyal has set a US$ 400 billion export target for FY22 and asked the industry to take required steps to achieve the goal.

“We need to maintain the export momentum for the next 8 months, with $34 billion exports per month to achieve this target,” he told the export community last week.