Ex-head of Brazilian Olympic committee gets 30 years in prison

However, he will remain free until all of his appeals are reviewed, the outlet reported. 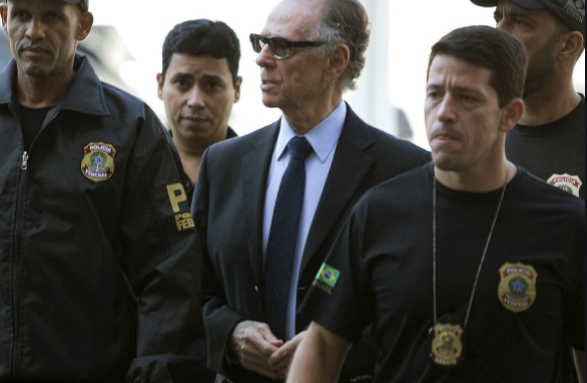 Brasilia: The former head of the Brazilian Olympic Committee, 79-year-old Carlos Arthur Nuzman, was sentenced to 30 years and 11 months in prison for buying votes for Rio de Janeiro to host the 2016 Olympic Games, media reported on Friday.

The court verdict was made public on Thursday.

Nuzman was found guilty of corruption, forming a criminal organization, money laundering and tax evasion. However, he will remain free until all of his appeals are reviewed, the outlet reported.

In October 2017, Nuzman was arrested on suspicion of organizing a $2 million bribe of members of the International Olympic Committee (IOC) to host the 2016 Olympic Games in Rio de Janeiro. Later that month, Brazilian federal prosecutors announced that members of the IOC received at least another $500,000 to secure Rio de Janeiro as the host city for the games. Nevertheless, Nuzman was subsequently released from custody by a court decision. After the arrest, he announced his resignation as the head of the Brazilian National Olympic Committee.