An MA in International Politics, the former bureaucrat-turned-politician had entered active politics in the early 90s and found immediate success in electoral politics. 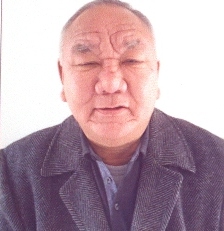 Itanagar: Former Arunachal Pradesh Minister and a senior Congress leader from Tawang, Thupten Tempa has passed away at RK Mission Hospital here on Friday after a prolonged illness.

He was 63 and is survived by his wife, one son and a daughter, his family sources said on Saturday.

An MA in International Politics, the former bureaucrat-turned-politician had entered active politics in early 90’s and found immediate success in electoral politics. He served Tawang assembly constituency for three consecutive terms from 1990 to 2004, serving as Cabinet Minister for all three terms under the Chief Ministership of Gegong Apang and Mukut Mithi.

He unsuccessfully contested the 2019 Assembly polls from the Tawang constituency on a Congress ticket against BJP’s Tsering Tashi.

The Governor said that late Tempa made outstanding contributions in the State governance in various capacities.

“In the passing away of Tempa, the State has lost a good administrator, talented member of the State Legislative Assembly,” he said.

Joining the people of Arunachal Pradesh in the hour of grief, the Governor prayed to the Almighty to give fortitude to the members of the bereaved family to bear the irreparable loss and for eternal peace of the departed soul.

“Saddened by the passing away of senior leader of Arunachal Pradesh, Thupten Tempa ji. May Lord Buddha provide peace to his soul and strength to the bereaved family to bear the loss. Om Mani Padme Hum!” Khandu tweeted.

Former Arunachal CM and State Congress President Nabam Tuki said in a social media post, “Shocking and sad news to hear about the untimely demise of Thupten Tempa ji IAS, former minister of Arunachal Pradesh and working president APCC at Itanagar. My deepest condolences and prayers for the bereaved family members and friends. May his soul rest in peace.”

The rank and file of the Arunachal Pradesh Congress Committee (APCC), in a condolence meeting at the party headquarters observed a two-minute silence in honour of late Tempa, ex-Minister and working president of APCC and prayed almighty to rest his departed soul in eternal peace. An APCC team also visited the bereaved family members and paid floral tribute to his mortal remains.