In response, the European Commission said that it has launched the infringement proceeding as the UK failed to implement the agreement "despite repeated calls." 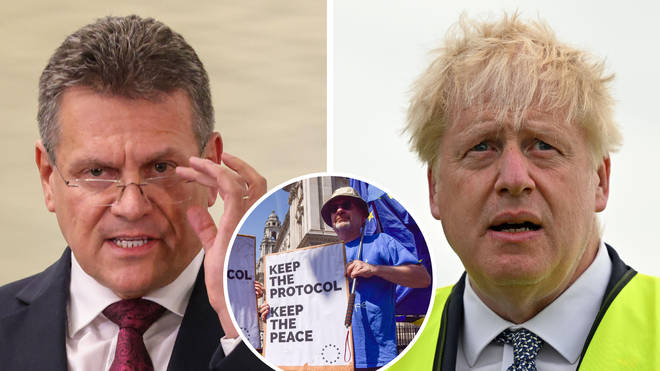 Brussels: The European Union on Wednesday began legal proceedings against the UK over its failure to implement parts of the post-Brexit deal.

According to CNN, the British government published plans earlier this week to change the Northern Ireland Protocol, the part of the deal designed to keep the border between Northern Ireland and the Republic of Ireland open and avoid a return to sectarian violence.

In response, the European Commission said that it has launched the infringement proceeding as the UK failed to implement the agreement “despite repeated calls.”

However, the EU said any renegotiation of the protocol was “unrealistic” and changing it would be considered a breach of an international agreement, which could bring in fines.

“So let’s call a spade a spade: this is illegal.”

The agreement was put in place to safeguard the Good Friday Agreement, which helped end years of deadly sectarian violence and which mandates that there should be no hard border between the Republic of Ireland, which is part of the EU, and Northern Ireland, which has left the EU alongside the rest of the UK, CNN reported.

Earlier, the UK had consented on keeping the Northern as part of the EU regulatory scheme in order to avoid a hard border. However, this resulted in another problem. As the rest of the UK is not under EU rules, goods leaving Northern Ireland for the rest of the island would have to be checked.

“[The change of the agreement] will end the untenable situation where people in Northern Ireland are treated differently to the rest of the United Kingdom, protect the supremacy of our courts and our territorial integrity,” UK Foreign Secretary Liz Truss said in a statement earlier this week.

Sefcovic said that beside launching the legal procedure, the EU would also bring in some “additional details” on the possible solutions it has suggested earlier.

However, he pointed out that the tension could escalate further if the UK goes ahead with the changes, even a trade war could start. “But we are not there yet and we want to solve this issue as the two partners should, through negotiations, looking for the common ground and delivering for the people of Northern Ireland,” he said.

The EU has also said that it would take the UK to the European Court of Justice if the Johnson-led government does not respond within two months.